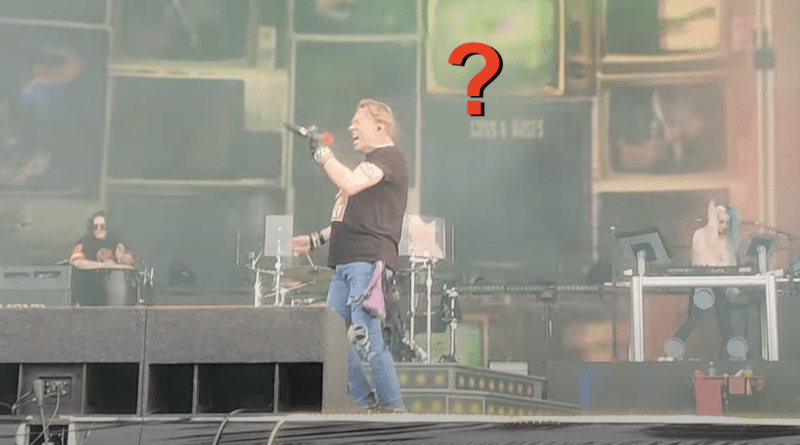 We’ve waited for about two years or so for big-name rock bands to go back to their tours. Although eagerly anticipating it all, it would not be much of an exaggeration to say that it’s been a cold shower for the fans of a lot of so-called “legacy acts,” including Mötley Crüe, Bon Jovi, and even Whitesnake.

The next ones to disappoint their fans are Guns N’ Roses. As Metal Hammer reports, one of the band’s recent performances went viral on TikTok for all the wrong reasons. Of course, it didn’t take that long for the media to pick it up and fan-filmed videos on YouTube to get more views, comments, and engagement.

In particular, people have criticized Axl Rose’s vocal performance at the band’s June 15 show over at Stavanger, Norway. The song that got the most attention was their classic “Welcome to the Jungle.” Just when the vocals kick in is where you’d expect everyone to go crazy. But it just felt… Well, here’s one of the videos below. For some extra laughs, go over to the 3:28 mark:

And here’s another one:

To be fair, we’re not sure how this didn’t get viral sooner. If we look at the June 12 performance from the Sweden Rock festival, it sounds like Axl is struggling. Additionally, the band felt like they were dragging. Here’s the video from that show:

And we took the liberty of peeking into the comments. And, oh my, are some people disappointed. Let’s share a few of those that we found in the videos:

“Not sure when the gingerbread man from Shrek became the singer of Guns N Roses, but he‘s doing an ok job.“

“South Park needs to jump at the opportunity of having an episode where Mr. Hanky replaces Axl since they sound so much alike.“

“People actually think Axl sounds good? The band sounds great but he sounds fucking awful. Don’t even throw the age thing out there. Metallica still sounds good live as does Iron Maiden. I thought the Mickey Mouse thing was just a meme too.“