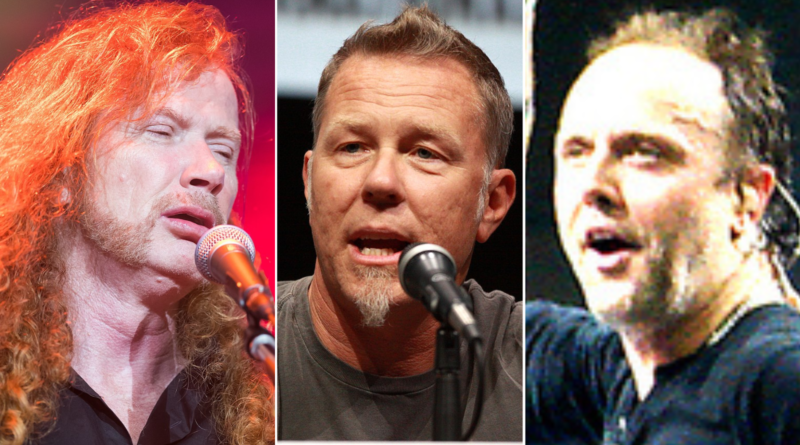 In a recently published interview with Guitar.com, Megadeth frontman Dave Mustaine discussed the issues he had with Lars Ulrich and Metallica over songwriting credits. Although he didn’t name exact songs and a release, it’s about the “No Life ‘Til Leather” demo re-release that’s been stuck for a while. When asked about having a reputation for being outspoken and whether that benefited or hindered his career, Mustaine replied:

“You know, oddly enough that was one of the last conversations I ever had with James Hetfield because we were talking about getting back together and doing a project.”

“Something had come up about the publishing discrepancy that we have been arguing about for years and years and years, and I told James, ‘I’ll do it but we’ve got to get this stuff sorted out first’. And he said, ‘Oh yeah, sure’.”

“So I said, ‘Now these two songs you and me split, 50/50. Lars didn’t write on this song – you know that. I don’t know why you gave him percentages but I’m not. I’m not going to sign another deal that’s gonna confirm that because I never agreed to that’.”

“And James said, ‘Well, Lars has a different recollection of that,’ and I said that’s fine; there’s his side of the story, my side and the truth is somewhere. And that blew his mind, and we haven’t talked since.”

“You know, I was trying to be really friendly with him; he told me that the last three projects they did bombed, and they wanted to go back and use all the stuff that I was on, and I said sure. As soon as I said that ‘three stories’ bit, it was over!”

Zakk Wylde Recalls His Old Band Trying to Imitate Bon Jovi, Reveals One Important Thing He Learned From It