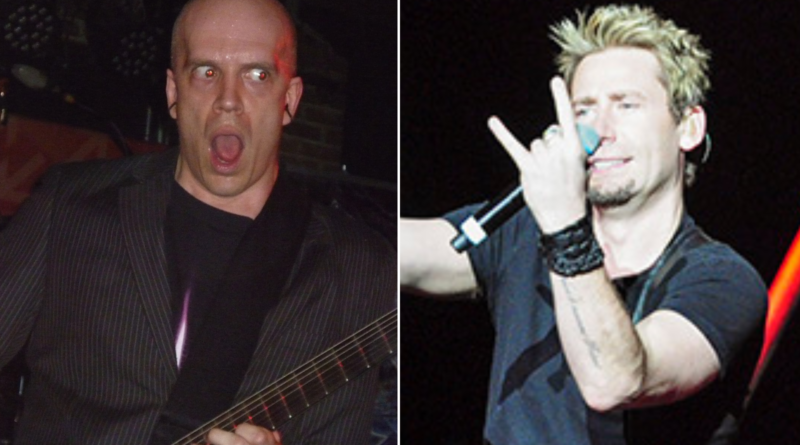 In a recently published interview for Ultimate Guitar, Devin Townsend looked back on his professional and personal relationship with Nickelback frontman Chad Kroeger. The two had a somewhat unlikely collaboration on Devin’s “Empath” album, released in 2019. When asked what was it like to work with Chad on this project, Townsend replied:

“Chad’s brilliant. Chad is a phenomenally intelligent human being. But he’s a rockstar, too, on levels that you and I will never participate in. And so there’s gonna be a disconnect just based on that. You only have a few things in common, and then, after a while, you run out of things to talk about.”

“I think it was flattering for me at first, too. But again, guy’s got a very complex life, and I can’t understand a lot of it. How could I? it’s not within the realm of my world. But I think he’s exceptionally talented.“

Kroeger guested on the album’s song “Hear Me.” You can check it out in the embedded player below.

“I think he’s phenomenally intelligent. And I think that there’s a certain degree of intensity to his life that I just can’t hang with, man. It’s too much for me. For every hour of social activity, I need two hours on my own to recover.“

“And I’m like, ‘I can’t do it.’ I hate it. Even if I respect and care for people, after a certain amount of time, again, I have to tap out. I’m like, ‘Dude, I can’t hang with this.’ I’m in bed by nine, usually. I don’t want to listen to Pantera at four in the morning, you know?“

“And that’s not a character flaw at all, it’s just a different frequency that folks like that exist on. I’m not like that. But sometimes it takes experiences with folks like that to know that. Maybe you think you can hang, and then you get there.“

“And I mean, with Chad, I remember being at his house a couple times, and just being, ‘Wow, this is so intense, man.’ He had a stage set up, and it’s metal all night. And I’m thinking like, ‘Man, you are so much more of a metalhead than I am.’ But I do care for him. And I think he’s brilliant.”

This, of course, wasn’t the first time that Devin has spoken positively on Chad Kroeger. In an interview from a few years back, he revealed that he wasn’t initially fond of Nickelback but grew to like and respect the band’s music and work over the years.

Further down the interview, Devin was also asked about the “Moth” project that he’s been talking about for years. When the status of the record was brought up, he said:

“Yeah, I built a new studio for it. I’ve been working on getting my system efficient and getting rid of a lot of gear, too. Because I don’t want options in a sense. I just want to write quickly. So, I’ve been constructing an environment for me to write.“

“And I’ve got a bunch of material written thus far. I’ve been writing it for three, maybe longer, five years, maybe. And I know what it is meant to be, but I’m undecided as to whether or not I need to do it.“

“And I know I will, but in which way is yet to be determined. If, during the writing, it conceptually ends in one way, then it’s worth me pursuing. But if it conceptually ends in another way, and I don’t try to control it, I just write, then I don’t want to do it to that level, because it’s going to be too much negativity for me.“

“But at this point, I’m just writing, and then we’ll see where it ends up. Either way, it’s gonna be weird. [laughs]”

Devin also added that the record will most likely come out in three to five years, but also explain that it’s “probably within three,” without giving any solid promises.