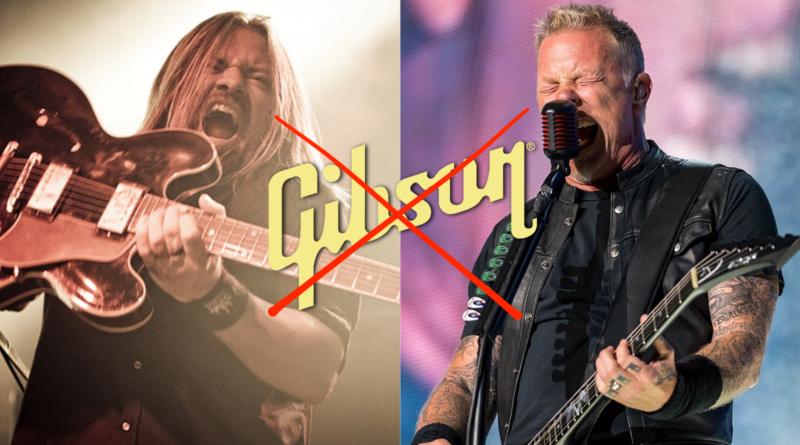 While talking to Guitar World, guitarist Pepper Keenan of Down and Corrosion of Conformity looked back on his decision to switch over to ESP from his old Gibson guitars. The question came up after discussing his gear, as well as that of his Corrosion of Conformity colleague Woody Weatherman, revealing that ESP is his go-to brand these days. He explained:

“Me and Woody use ESP guitars that we had made years ago. They’re basically beat-to-shit workhorses at this point.”

“It’s almost like I get nervous taking them on tour – because they’re an extension of us. They’re beat to smithereens, and ESP just keeps putting them back together.”

Asked how his collaboration with ESP came to be, Keenan looked back on the 1990s when he began using these guitars and said:

“A long time ago, when COC got the world tour with Metallica [which ran from 1996 through 1997], we went and rehearsed in a blimp hangar in Birmingham, England, and Woody and I had some Gibson SGs, but they were just ratty.”

“And I remember [James] Hetfield saying, ‘Man… these guitars ain’t gonna make it!’ So, he hooked us up with ESP, and they made us some copies of our favorite SGs. And we’ve been using them ever since.”

“They’re just super-solid. And I had mine made as thick as a Telecaster – it has more. But they’re just workhorses – they’re beautiful guitars. [They’re] an extension of how we play and I’d be lost without them.”

Discussing the differences between Gibson SG and his ESP, Keenan said:

“I put the volume knob where it would be on a Strat – so I can roll it off while I’m picking. I moved the knob closer to the tailpiece.”

“And the input jack is upside-down in the side of the body, so you’re not snapping that off – it goes up and over the strap. The pickup selector is out of the way – it’s not up on the horn.”

“Just cool things that if you had to modify an SG, you would do – for something that you’re beating the shit out of every day. I’ve turned it into a Black+Decker power tool, basically.”

Mark Tremonti Opens Up on His Controversial Explorer-Shaped PRS Guitar, Explains Why It Won’t Be Mass-Produced

Josh Klinghoffer Explains What He Disliked About Red Hot Chili Peppers, Reveals How They Treated Him