Skip to content
You are here: Killer Guitar Rigs > Feature > Dreamshade – “We work best when we feel no pressure” 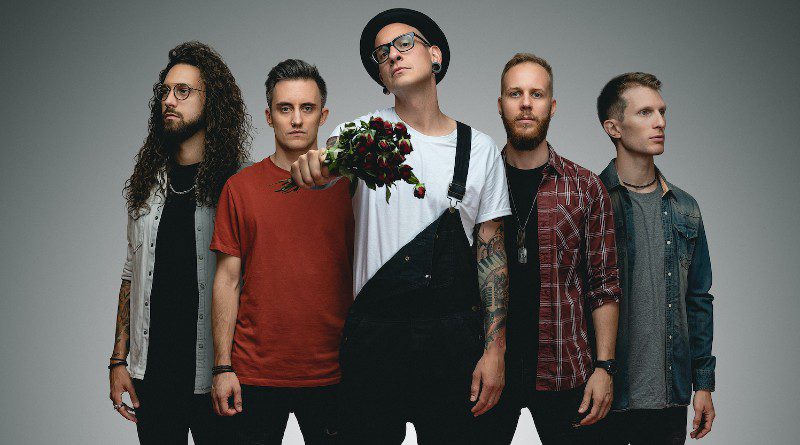 2021 marks 15 years as a band for Switzerland’s Dreamshade, and unlike many of the melodic death metal bands of that time, it’s been 15 years of progressing as a band and as musicians.

Their forthcoming record, A Pale Blue Dot sees the band moving even further into a wide range of styles, from the melodic metalcore that most people know from their more recent albums, to several more synth driven and ambient moments.

We caught up with guitarists Fella Di Cicco and Luca Magri to get the lowdown on the record.

A Pale Blue Dot is the band’s first record in five years and the reaction to the first two singles has been uniformly positive online – you must be pretty stoked to get the album out to everyone?

FELLA: We are, indeed! It’s always very hard to come back with a new record. Although I have to admit that we already sensed that this would become a great album right from the first songwriting sessions.

We actually felt like we were liberating some ideas that were in the back of our minds for a while. Honestly we work best when we feel no pressure or too much expectations. We like surprising our audience and in order to do that we need to feel free to express different thoughts in very different types of songs or music styles.

I feel like our fans know that anything can happen when we release a new song. Many more surprises are coming 🙂

Was there any hesitation as far as putting out a new record you can’t immediately tour behind?

FELLA: Yeah, we are used to touring whenever we release an Album or even just a Single, so we really had to let the release idea sit for a while. At the same time we thought that these songs are so related to current events that it would make no sense to wait too long to release them. We wanted to give fans something to start 2021 with and give them hope for better days.

The band has taken leaps in sound and style from record to record – how do you feel A Pale Blue Dot moves Dreamshade’s sound forward? Did the band have any particular discussions prior to the writing of the record as far as the direction you wanted to go?

LUCA: Sound-wise we decided right from the beginning to involve Jacob Hansen since we think he actually defined our sound with the 2013 album “The Gift Of Life”. We wanted something really punchy and heavy but still clear enough to hear every instrument and especially all those Dreamshade-style guitar riffs.

We went for a Modern Metal sound but with a very recognizable touch.

In the pre-production stage the mix was kinda more Synth-ambient oriented but with the final mix we chose to make it more Guitar-Driven 🙂 There are still tons of synth and pad layers but it’s not that predominant as before. Just the right amount to make every song a little more special.

Did you have any reference records for how you wanted this album to sound sonically?

LUCA: We had ideas, of course, but we also decided to give no reference to Jacob so that he could have all the space he needed to make it sound like Us.

We honestly just trust him with this.

We all know where to go sonically but we also love to be impressed by Jacob’s interpretation of our art which is always excellent and satisfying.

Tell me about the gear you used on the new record?

For Drums we recorded e-drums with real cymbals.

For Bass he recorded multiple Ibanez basses with heavy strings ( heavier than the ones he uses live )  into a preamp and straight into the audio interface.

We recorded 4 separate tracks for rhythm guitars and 2 leads.

For rhythm  we used two Ibanez guitars , 2 tracks with Active Ibanez Humbucker pickups and 2 with BareKnuckle Aftermath pickups in a split coil position to give a more “stringy” sound also used for almost every clean riffs.

For leads we used another ibanez S model with seymour duncan pickups and a really really low action to make things a little easier.

We recorded everything using both a U5 di box and an active j48 Radial Di box into the audio interface.

What Jacob used for the reamp we don’t  know, mainly because we didn’t actually ask, but he definitely did not use Amp simulators on this album.

We actually spent almost 2 weeks working on the guitar sound itself and he tried multiple amps i remember.

Well..What are you guys thinking about the guitar tone ? 🙂

When it comes to recording a record vs playing that record live, do you find yourself holding back from doing things you maybe won’t be able to recreate live, or do you fall on the side of pushing as far as you can on record, and then figuring out the live approach later?

LUCA --  Definitely the second one.. We just focus on making things special in the record and then later deal with the consequences hahaha 🙂 Also cause during 95% of the live shows you won’t hear those little details.

We obviously do not go where it actually sounds impossibile or where we know it’s beyond our limits but we like to put really cool details into the record which most of the time are kinda difficult to play live.

FELLA: Yeah. We really like to go wild and experiment in the studio. Especially with vocals we always try new things and different styles. The challenge for us is always to write the best and most original songs for that particular moment in time. If we are not able to play or sing them on the spot we just take some time and learn to do them. It’s often very hard but we usually pull that off pretty well in the end!

Fella was part of the new Darkest Hour livestream, and the band appears on your new album. How did you get to know those guys, and how did those collaborations come about?

FELLA: So, I’ve been a big fan of the band for half of my life basically. Darkest Hour really influenced me when I was a young boy starting to play guitar and attempting to write my very first lyrics. They have been my favourite band for many years and are the artists that I attended most shows of in my life: 15 all around Europe and the US.

I’ve kept contact with Mike Schleibaum (founder / Guitar player) over the years and he’s been keeping an eye on Dreamshade for some time. In 2018 he asked me if I would be able to join them on tour to replace their ex-member Lonestar. I’ve been touring Europe playing with them since then. I’ve always wanted to collaborate with their singer John Henry so when we were travelling Europe, in february 2020, for Darkest Hour’s 25th anniversary tour I had a demo of the song that I wanted him to perform on. He agreed to do it and fate had us record his parts at the very venue where I saw DH for the first time in 2007, in Switzerland, our home country…

I mean, how crazy is that?!

Having been a band for 15 years, what are some bands you’ve played with over the years that never got the attention they deserved? Any hidden gems out there?

FELLA: The artists that didn’t get what they deserve in terms of fame are pretty much all artists we didn’t share the stage with, unfortunately.My number one most underrated artist pick is definitely Lower Than Atlantis, a really cool rock band from the UK. They are a big band already but I always felt like they really had the potential and the songs to really be huge and have a big international Radio impact. They eventually split up a couple years ago and it made me really sad. 🙁

There are of course plenty of other underrated artists out there like Eliza & The Bear (Pop-rock), Mörk Gryning (Black Metal), P Money (UK Rapper)… The list can be very long but these are some names that pop up in my mind.

LUCA: Also, our sound engineer Matteo Magni. He’s really talented and he puts out such beautiful music. He’s a great singer, songwriter and guitar player. Go check him out.

I would suggest you check out a Swedish band called dEmotional too!

If someone wanted to learn to play a Dreamshade song or two from any point in your career, where would you suggest they start? Any particularly fun passages or riffs that people should check out?

LUCA – I would suggest “Photographs” to start with. Then for those DS trademark string skipping riffs you can easily go with “Dreamers Don’t Sleep” and maybe “Your Voice” but definitely this new album will have plenty of those cool riffs.. So if you wanna learn them you can actually support us and buy the complete guitar transcription of “A Pale Blue Dot” on our webstore and have lots of fun with that 🙂