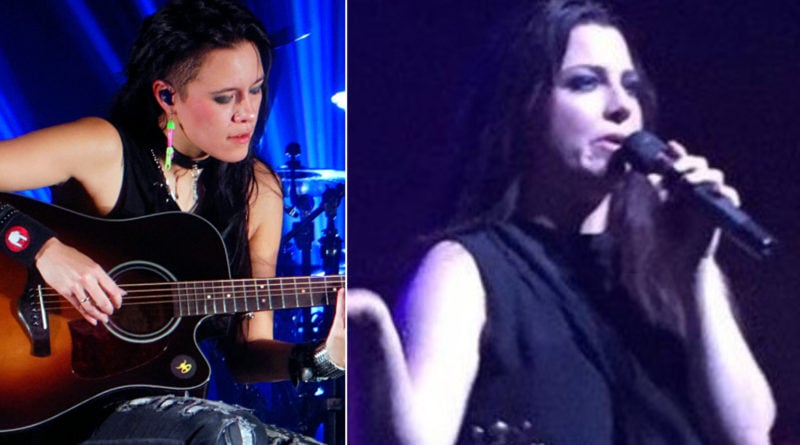 Making a breakthrough in 2003 with their debut full-length album “Fallen,” Evanescence became one of the most influential nu metal bands. Although the band is still active, vocalist Amy Lee remains the sole original member and the band’s main creative driving force. The lineup has changed significantly over the years and it also featured guitarist Jen Majura from 2015 to her dismissal in 2022.

But to many fans, this lineup change felt like an odd decision. And Majura has spoken up about the matter on her social media channels, saying that “none of this was my decision.” In a new interview with Ola Englund, she also shares a few details behind her firing, revealing that she wasn’t really expecting this. To make things worse, she was even locked and loaded to go on Evanescence’s European tour. Chatting with Mr. Englund, Majura recalled her first reaction to her dismissal (transcript via Ultimate Guitar):

“I was cleaning my apartment, and I got the phone call. And first of all, I was like, ‘Is this a bad joke?’ And I remember after I got the news, I hung up and…”

“I have this hallway in between my studio and my living room, and I just laid there on the floor, staring at the ceiling, wondering what that was, and literally looking over to my suitcase that I have already started packing. Because I was two weeks from going out on the road until pretty much the end of the year.“

“Yeah, I’m hurt. I’m hurt, and still in this blurry confusion of what just happened. But you know, new offers come in.”

Discussing her current position further, Majura says that she’s currently not looking to accept any potential offers. Regarding her future plans, she said:

“What I want to do right now is focus on me and my music again. Because, what I’ve realized is that – it’s difficult to say – I feel like I lost a little bit of my music inside of me during these past years. I want to do [right now], is [that] I want to reconnect with myself and feel and hear and play my music again.”

“And who knows? The plan is, so far – you heard it here first – I’m gonna write my third solo album.”