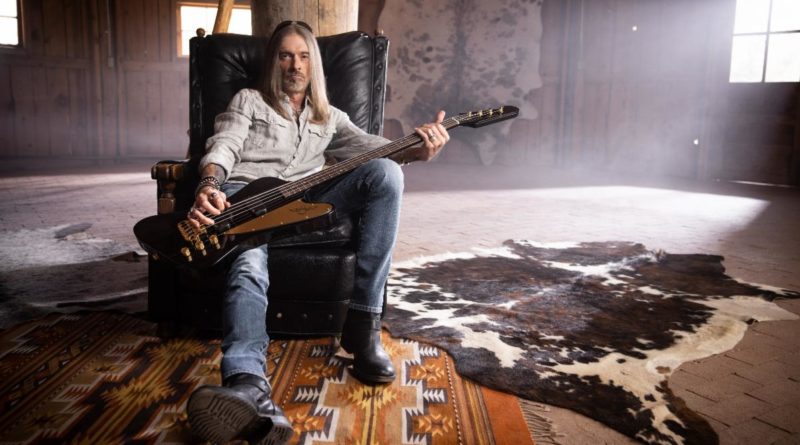 On Tuesday, July 12, Gibson dropped a new official announcement, revealing that they’re releasing a new Thunderbird bass. And not just any bass – we’re looking at a Rex Brown signature Thunderbird. Former Pantera bassist, also known for his work in Down and his solo material, has now got this gorgeous bass in an ebony finish that goes hand-in-hand with its golden hardware.

The official press release states that Rex collaborated with Gibson luthiers for two-and-a-half years, aiming to “fulfill any level of a player’s ability.” At the moment, the bass is available through “select global dealers” as well as through Gibson’s official website here. The listed price is $2,799. Gibson has also released an official promo video which you can check out below.

“Before meeting up in Nashville for a tour of Gibson USA, I got to meet the whole team at Gibson. Cesar Gueikian [Gibson Brand President], and I forged a strong bond that day, that I can only describe as ‘Long Lost Brothers‘! He invited me to his home that night and we played music into the wee hours. Gibson has come so far, in such a short amount of time, and I’m beyond delighted to be in cahoots with this extraordinary bunch of music professionals. This new Thunderbird with Gibson is a life-long dream.“

This marks the first collaboration between Gibson and Rex Brown. It comes with a mahogany body in ebony finish and golden hardware. It’s equipped with Hipshot tuning machines with a Drop D Xtender for drop tunings. It also comes with active electronics, but there’s an option to switch between active and passive with push-pull action on the master tone pot. We have a pair of Rexbucker T-Bird pickups on it and a wonderful golden pickguard.

Disruptor Killswitch gives you killswitch functionality without modifying your guitar