Skip to content
You are here: Killer Guitar Rigs > Articles > How To Spot A Fake Gibson Les Paul – 11 telltale signs 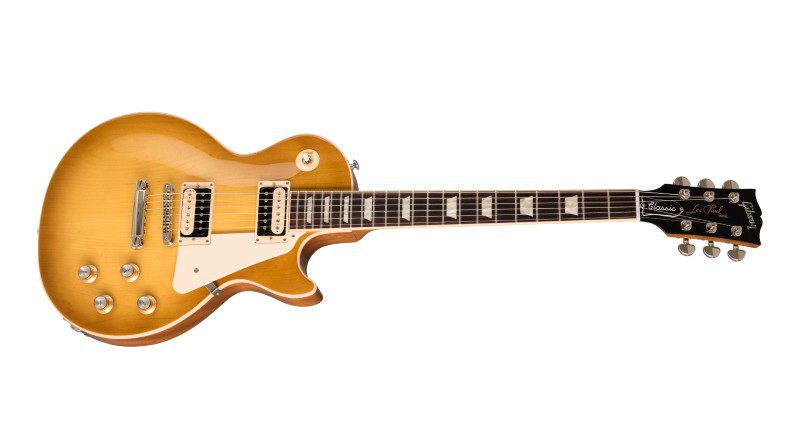 The Gibson Les Paul is one of history’s most iconic instruments, and unsurprisingly, its legendary status has spawned countless imitations and “inspired by” copies of its timeless design. On the more sinister side of things, though, is the counterfeit market that has emerged in recent years. Despite the significant legal threats of the Gibson Corporation, several well-known websites infamous for peddling these knock offs have failed to cease and desist.

In his KillerGuitarRigs guide, you will learn:

This is not an attempt to single out any particular nation, however, the vast majority of fake Gibson Les Paul guitars do come out of China. It’s not unheard of for them to appear from other far eastern countries, but large scale e-commerce websites hosted in China are rife with knock off Gibsons. In fact, it’s not just Gibson Les Pauls they sell – imagine any famous guitar, custom, special edition, relic’d, and you’ll find it on these websites.

The more you buy, the cheaper they get per unit, which makes them an attractive prospect to people looking to make a quick buck on eBay or Craigslist. But they don’t only sell to wholesalers, they’ll happily sell you just one of their fake Gibson Les Pauls, or “Chibson” Les Pauls, as they’re sometimes nicknamed.

What Is The Harm With Fake Gibson Les Pauls?

Some may claim that Gibson’s outlandish pricing structure fueled the rise of the fake Les Paul. After all, all but the most basic models are far out of the reach of the average working musician price wise. Others say that it’s marketing gone wrong – Gibson have fueled the desire to have that open book headstock on a guitar to such a point that vanity might drive some players to forego an Epiphone, which is likely of vastly superior quality, just to have a guitar that looks a bit like a Gibson (later you will learn why this isn’t always the case).

If someone is happy to look past the questionable labor, the stolen intellectual property, and the potential stigma of being called out on their knock off, then that’s on them. That is a conscious decision, not necessarily a good one, but one made of free will, nonetheless.

The big problem arises when somebody who isn’t well versed in how to spot a fake sees the deal of a lifetime on Craigslist or Marketplace for their dream Gibson Les Paul, only to later discover that it was a fake, and they have spent hundreds on a worthless counterfeit. Even worse, the players who pay what they think is fair market value for a Les Paul, potentially thousands of dollars, and it turns out to be a fake. These buyers did not purchase these instruments knowing that all they were buying was an open book headstock and some cheap components, and this is the real harm.

What Are The Signs That Suggest A Gibson Les Paul Is Fake?

Fortunately, the desire of the counterfeiters to make quick money outweighs their desire to properly research the instruments they are faking. Many of these fakes suffer from the very same inconsistencies and variations from an Original Gibson Les Paul, and that makes them relatively easy to spot. Please do remember that this guide is aimed at providing hints and tips on spotting fakes, and there is no guarantee that a guitar that doesn’t have any of these telltale signs is not a fake – if it doesn’t feel right, it probably isn’t, and if it seems too good to be true, it probably is!

An easy first spot is the truss rod cover. A genuine Gibson Les Paul will only ever have 2 screws in the truss rod cover, and they should be vertically aligned, one at the top, one at the bottom. If it has 3 screws, no matter which orientation, it is almost certainly a fake. Gibson has never made a truss rod cover with 3 screws. Again, even if it only has the requisite 2 screws it may still be a counterfeit, you still need to look for the other telltale signs.

This isn’t always the case however, many fakes will feature bolder, thicker “Gibson” text across the headstock. The font on an original is always crisp and narrow. One other thing to be careful of, is cracking of the text on the headstock – this can actually be genuine – because all Genuine Gibson guitars are finished in nitrocellulose, it will crack as it ages, which may splay out some of the text.

If the guitar you’re looking at has trapezoid markers on the frets, be sure that all horizontal lines are perfectly straight, and also that they are parallel to the frets. There is no way a real Gibson would ever pass quality control with less than perfect fret markers. If you find that they are crooked, jagged, or just not right in any way, this is not a guitar you should consider purchasing.

The Gibson Les Paul Tune-O-Matic bridge posts are another area that you will need to inspect closely. A genuine guitar will have slim posts with a smooth, rounded head to it. If you see a Gibson Les Paul with a wide bridge post and large, flathead screw tops, there is a strong chance it isn’t genuine. If the guitar is being sold as brand new, it is definitely counterfeit, however, on a used guitar, there is always a chance that there have been aftermarket additions to a real instrument, so pay close attention to all of the signs.

Pay close attention to the toggle switch. First, look at the securing nut. A genuine Gibson Les Paul always leaves the factory with a circular splined nut. Knock offs are often fitted with large hex nuts – if you see a hex nut, this is a definite warning sign. Counterfeits also often have excessively long toggle switches, and oversized poker chips – again, on used models, there is a chance aftermarket additions have been made, but you should be aware of these red flags.

Fake Gibsons may have fretboard binding, but it is almost unheard of for them to get it right. On a genuine Gibson Les Paul, the fretboard binding should actually cover the edges of the frets. If there is binding and it does not protrude over the frets, you are dealing with a counterfeit.

Believe it or not, the simple “open book” design, is actually a lot harder to get right than some would imagine. Fakes often feature asymmetrical headstocks with a noticeable flaw in the center notch. Much like the trapezoid markings, a guitar with this kind of flaw would never leave the Gibson plant and is obviously unoriginal.

Counterfeiters have been able to successfully find real serial numbers to add to their fake instruments, but what they often stumble on is the application of those numbers. Genuine guitars have well defined, yet shallow numbering and lettering. If you see a guitar with deep, poorly applied serial numbers, and especially with missing paint, you should definitely avoid it as it’s most likely not genuine.

In search of maximum profits, the counterfeiters will use the cheapest electronic components they can get their hands on. Fortunately, this also helps to make it easy for the wary buyer to identify a fake. Insist that the seller lets you take a look in the rear cavity. A real Gibson will have nice, tidy wiring, and will have the pots mounted on a plate. If there is no plate, and it’s not a vintage model, then you’re dealing with a fake.

Also, look at the branding on the pots. Gibson either uses their own in-house pots, or CTS brand. If the pots are plain, and especially if they are dime sized, this is a dead giveaway that the guitar isn’t genuine.

Final Thoughts On How To Spot A Fake Gibson Les Paul

Unless you’re buying your Gibson Les Paul brand new from a trusted retailer like Sam Ash, Sweetwater, or Guitar Center, you should always approach with a cautious eye. Even if it’s a friend selling the instrument, unless you know where they got it from, it could be the case that they also unwittingly purchased a counterfeit.

Craiglist, eBay, Facebook Marketplace, and Pawn Shops all over the country are awash with these replicas. Particularly if you see a brand new Gibson Les Paul retailing under MSRP, proceed with extreme caution, and avoid unless you’re absolutely certain on the authenticity, or you’re OK with the idea of potentially losing your money. Gibson rarely discounts guitars, so extremely low prices should always be a red flag.

The Gibson Les Paul is easily the most counterfeited guitar on the used market, but by keeping an eye on these 11 telltale signs, you can avoid picking up a fake.