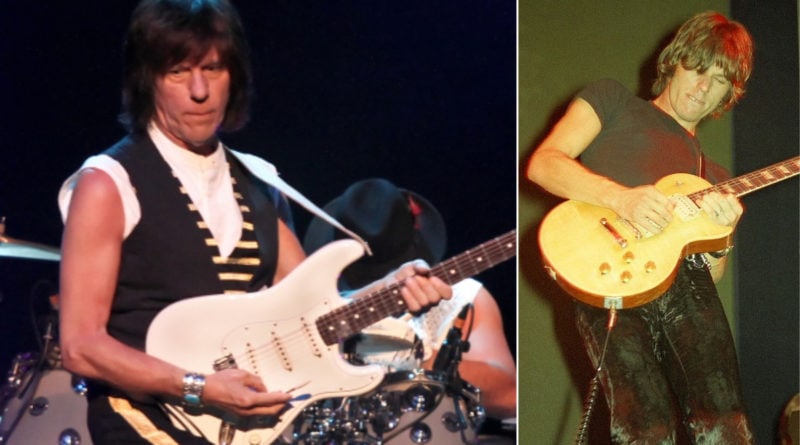 One of the electric guitar’s biggest advantages is the ability for expressive sonic qualities. But, in all honesty, rarely anyone would be aware of them if it weren’t for Jeff Beck. After all, he’s one of the first guitar players to start using the instrument’s full capabilities.

However, even Jeff needed someone to look up to, although guitar-oriented music was different before he made his breakthrough. During his recent visit to Sounds of the 70s with Johnnie Walker show on BBC Radio 2, Jeff Beck recalled his biggest influences from back when he was a kid, saying (transcript via Ultimate Guitar):

“It was Scotty Moore and Elvis’s band, obviously… ‘Rock Around the Clock’; there’s amazing solo in there, Bill Haley and His Comets. Gene Vincent – you know, they were all amazingly individual, and they had their own sound and style. Buddy Holly.”

Discussing the issue further, Beck also revealed that he never thought that guitar music would ever last this long, offering:

“And it just was rocket-propelled, from ’54 to today, really. I never thought that the guitar would be sustained for so long. And everybody knows what a Stratocaster is, which is quite amazing.”

Of course, we all are aware of his extensive use of Fender Stratocasters. Sure, there have been other guitars in his arsenal as well over the years. But it was the Strat that allowed him to do all those expressive whammy bar licks. Reflecting on his use of the model, he said:

“It does what I want, you know, it’s infinitely variable in its tone and capabilities, with the spring-loaded bridge and all that. Amazing. It’s just – it was made for me. Thank you very much, Leo! [laughs]”

But aside from his use of tremolo bridges, another expressive quality of electric guitars that Jeff uses is the ability to feedback. Originally considered as an unwanted side-effect, plenty of guitar players have used, and still use, this effect. Asked about being one of the guys who pioneered the intentional use of feedback, he said:

“That came as an accident. We played larger venues, ’round about ’64-’65. And the PA was inadequate. So we cranked up the level and then found out that feedback would happen. Pete Townshend discovered it, he has it on ‘My Generation’.”

“And then I started using it because it was controllable, you could play tunes with it. And I did this once at Staines Town Hall with The Yardbirds and afterwards this guy says, ‘You know that funny noise that wasn’t supposed to be there? I’d keep that in if I were you.’ [laughs] I said, ‘it was deliberate mate, go away.'”