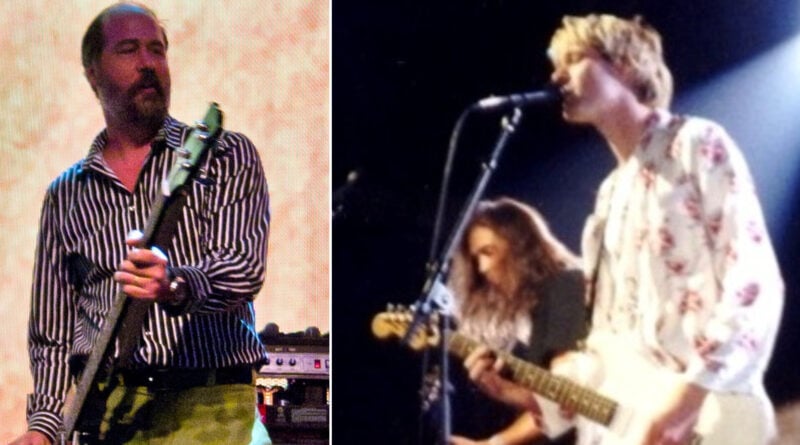 Although rock music went through many changes, the shift that happened in the late 1980s and the early 1990s was just something else. The genre that was previously associated with excessive mindless partying and substance abuse now became a symbol of societal change. One of the most impactful musicians of the era was Kurt Cobain. With Nirvana, he changed the game for everyone. Unfortunately, he left us too soon.

Nirvana’s lineup changed over the few years, but bassist Krist Novoselic and Dave Grohl on drums remain the “classic” members, the “real deal.” In a recent chat with Rick Beato, Novoselic recalled the days when Nirvana was struggling financially. And it was Kurt who did all he could to support the band. The bassist said (via Ultimate Guitar):

“He had a job as a janitor. He would go clean like dentist’s office in the evening. There are some crazy stories of what happened. He cleaned toilets to earn the money to make that record.”

Of course, all of this paid off when Nirvana finally released “Smells Like Teen Spirit,” their breakthrough single that pretty much changed their lives. Going further into it, Novoselic explains how that came to be:

” We were on this tour, in this van… were in the United States first. And then we would play these clubs, and they were packed. The radio guy from the label would come by and be like, ‘Hey, you guys added on…’ whatever station it was.”

“And then I remember us just being tired. Then we got on a plane and we did this tour of Europe. And then we made that video for ‘Smells Like Teen Spirit’ and then got into rotation on MTV. We were getting added on all these radio stations. We would call home and people would say like, ‘Hey, you guys are like all over MTV!’ And we were like, ‘Oh, really?'”

“I was broke before that. There are all these blessings, but see, there was a lot of pain, too. Kurt had this addiction. He had a lot of pressure. He was like ‘the guy’, too – he had more attention than we had. He was out there out front, he was the singer.“

“When I think about that time, it was a joyful, beautiful time. But there was a lot of pain. I can’t get into that. And the way it ended was terrible.“

“That time of my life from ’91 to ’94, it seems like it was like 20 years because it was so compressed. And then it ended so terribly. I had to decompress for years. And all the issues that come from being under so much stress like that.”

David Ellefson Recalls Why Megadeth Started Playing Faster Than Metallica, Reveals What New Tour With Other Ex Band Members Will Be Like

Megadeth Drummer Reveals How Dave Mustaine Treated Him While Recording Album, Talks What Playing With New Bassist Is Like