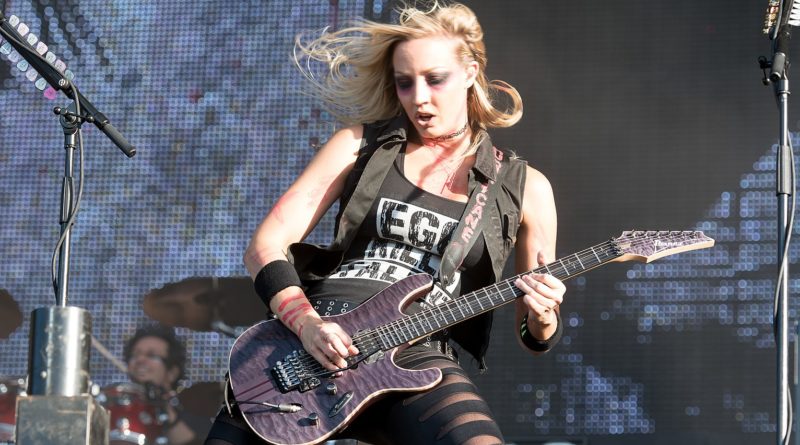 Nita Strauss, a guitar shredder of the new generation, made her breakthrough as a member of Alice Cooper’s band. Unfortunately, she has now left the legendary singer’s band, revealing her decision in a new official statement. She played her final show with Cooper on July 9 in Toreboda, Sweden.

The statement came through her social media channels, explaining that she simply won’t be joining Alice for his 2022 fall tour. Along with this comes a cancelation of her solo shows in Europe. The statement reads (full post available here):

“After this absolutely incredible run in Europe, it is bittersweet for me to let you guys know that I will not be joining the Alice Cooper band for the upcoming fall tour. I will also regretfully have to cancel the festival dates my solo band had planned for the rest of the year.”

Contrary to what some could have speculated, she said that she’s not pregnant. However, the exact reason isn’t yet known but she vows to clear things up as soon as possible. The statement further goes:

“I AM NOT PREGNANT!!! There is no drama whatsoever and my touring year is still VERY full- in fact, I’m on a flight straight into the next adventure as I post this, and I’ll be on stage again much sooner than you think! But that’s news for another day.“

Nita, who has been playing with Alice since 2014, reflected on the good times and moments that she shared with the singer and his band, saying:

“The past eight years together has been the experience of a lifetime, and I could not be more grateful to Alice and Sheryl Cooper, Shep Gordon, the amazing band, crew and fans for welcoming me to all of your nightmare.”

She finished the statement by saying:

“I don’t know what the future will hold after this, but I am forever thankful.”

As of this writing, there are no further details on what exactly she might be planning. However, Metal Sludge has released a report claiming that Nita is rumored to have joined Demi Lovato’s band. However, this has not been confirmed by any official sources. This is a developing story and we will update you as soon as we have new info.

Def Leppard Guitarist Reveals How Mick Jagger Treated Him When They First Met, Explains Why He Felt ‘Scared’