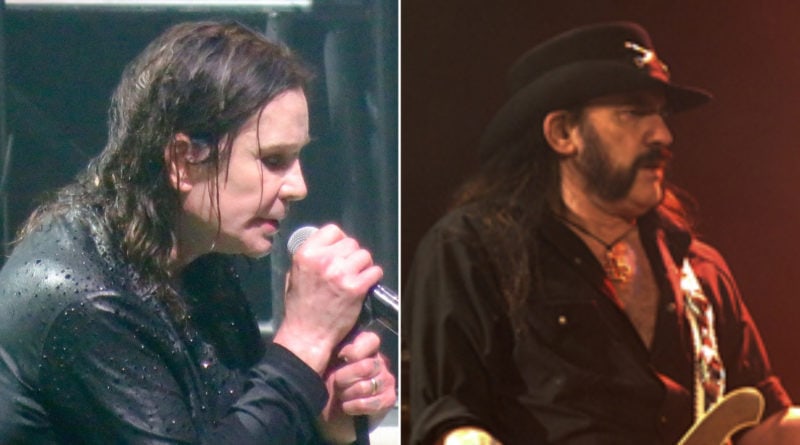 On December 28, 2015, the world lost one of the most influential rock ‘n’ roll musicians of all time. By leading Mötorhead, Lemmy Kilmister left an irreplaceable mark in modern music with his thundering bass tone, raspy voice, and incredible songwriting skills. His last concert took place on December 11, 2015, over at Max-Schmeling-Halle in Berlin, Germany.

One of his last live runs was in South America earlier that year. In a new interview with Metal Hammer, Black Sabbath frontman and the Prince of Darkness himself, Ozzy Osbourne, recalled meeting Lemmy during that tour, recalling what he was like at that moment. Osbourne offered:

“I went down to South America and he was there on tour, but he was so fucked he couldn’t speak to anyone. He was sitting at the front, skinny as a rake. He was riddled with cancer at the end, but mind you, he turned round to me and said ‘I’m probably going to die, I suppose. Never thought I’d make 70, so I did good’.”

Osbourne then recalled one important thing Lemmy told him:

“His exact words were, ‘I could have lived a lot longer and taken care of myself, but I lived my life the way I want to live and I ain’t got no regrets’. Fair enough!”

During the chat, Ozzy also recalled what Lemmy was like in general, also revealing what Lemmy considered to be Ozzy’s best album. He said:

“I think about Lemmy all the fucking time. He was a great guy – he’d go, ‘That record you just made was fucking shit’, or ‘I really like that one’. His favourite [line] was, ‘Your best record was ‘No More Tears” – yeah, because you wrote on it, you cunt!”

At the moment, Ozzy is taking it easy until, hopefully, hitting the road in 2023. Despite his recent major medical procedures, Ozzy joined his Black Sabbath bandmate Tony Iommi for a surprise performance of a couple of the band’s classics over at the Commonwealth Games closing ceremony.