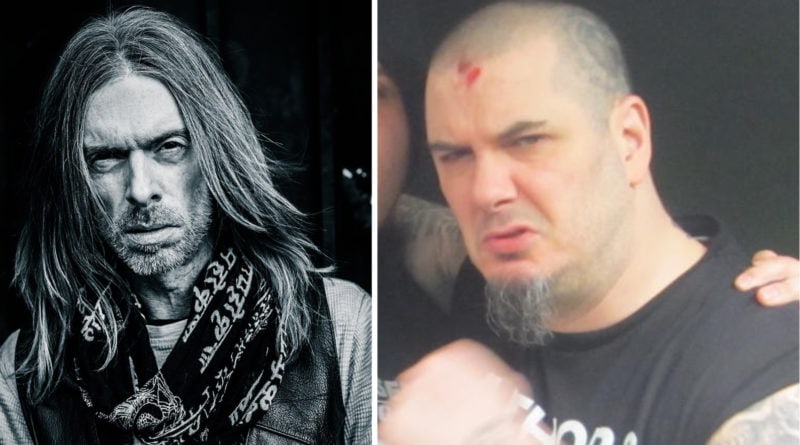 Over the past decade or so, plenty of metal fans have speculated whether a partial Pantera reunion would be possible. The chances for this were slim with drummer Vinnie Paul refusing to speak to singer Phil Anselmo and bassist Rex Brown. With Vinnie Paul’s passing in 2018, things became highly unlikely as both Abbot brothers, Dimebag Darrell and Vinnie, were no longer among us. Or was it?

A new official announcement came through Billboard on Wednesday, July 13, revealing that Phil Anselmo and Rex Brown are planning a Pantera reunion tour. The problem here is that there aren’t many details on the matter, except that it will take place sometime in 2023. The source also adds that they’ve signed with Artist Group International and that guys named Dennis Arfa and Peter Pappalardo are “responsible agents.”

However, two things are yet to be revealed. Firstly, there’s no info on whether this will be billed under the Pantera name or whether it will go down as a “tribute” tour. Secondly, we’re yet to find out who’s going to play guitar and drums. After all, there’ll be some pretty big shoes to fill here.

Along with the news came countless fan reactions on social media. And plenty of famous rock and metal musicians have also addressed the matter, although we could argue that the fans are more inclined to have a negative reaction to this. Let’s examine a few comments that we’ve found on Twitter.

“Maybe pre-pandemic the Pantera thing would have bothered me,” says Peter Hodgson on Twitter. “Now? Who gives a fuck what you call it, words are made up and when you really get down to it it’s literally just ‘Some dudes playing some songs for a little bit’ and you can choose to see that or not.“

Eddie Trunk also shared the original news article, although he wasn’t positive nor negative about it. Looking at the responses, fans weren’t super-thrilled about it. One of them comments “It’s not Pantera without the Abbott brothers, it’s Down with Phil and Rex.” Another user simply said, “That’s not Pantera.”

After Revolver broke the news and shared them on Twitter, we could see negative comments there as well. Here’s what some fans had to say there:

“Booooooooo don’t fucking do that”

“If it’s a celebration of #Dimebag and Vinnie presented in a class way then fuck yeah. If not, I don’t really see justification for it.”

“Last time Phil was allowed back into the circle he created an absolute mess with his on stage antics. I truly wish him well but I firmly believe I’ll sit this one out.“

The Metal Voice page shared the news, asking their followers to share their thoughts on the mater. Here’s what they had to say:

“I think everyone is hung up on the name of this project. Don’t use Pantera straight up. Call it something else and I think people will be alright with it. If it came close to me, I’d go see it. I never got to see those songs live! We’ll see how it all plays out.“

“That is not Pantera…Just the thought of it without Dime and Vince is insulting to me,even with Zakk and Charlie,whom I respect and love…you simply cannot ever have Pantera back unless you put on one of their cd’s or videos”

“If they call themselves Cowboys From Hell, fine, but this is not Pantera.“

“Change the name. It’s a money grab. I hate the fact that they will use the Pantera name.“

Gong over to Billboard’s Tweet on the matter, it’s more or less the same situation, if not worse. Users commented:

“No shade to Phil and Rex, but without Vinnie and Dime, it’s not Pantera.“

“Touring without the bands two most talented members?“

“Pantera without Dimebag or Vinnie?“

“Cash grab alert. It’s like Van Halen touring without the Van Halen brothers. Dime was the show. I’d be willing to bet that they aren’t using Zakk Wylde because they don’t wanna pay him 25% – they’d rather use unknowns and pay ‘em like the help.“

Scrolling to various comments, it seems that positive reactions are scarce. And it’s usually a comment that approves of it only if Zakk Wylde plays guitar. Another potential nomination is Ola Englund, another guitar player who did Dime justice. As for drummers, some are nominating Mike Portnoy, while others speculate that Dave Lombard, Charlie Bennante, or Chris Adler.

This is a developing story, so we’re yet to see what comes out of it. Stay tuned for more.