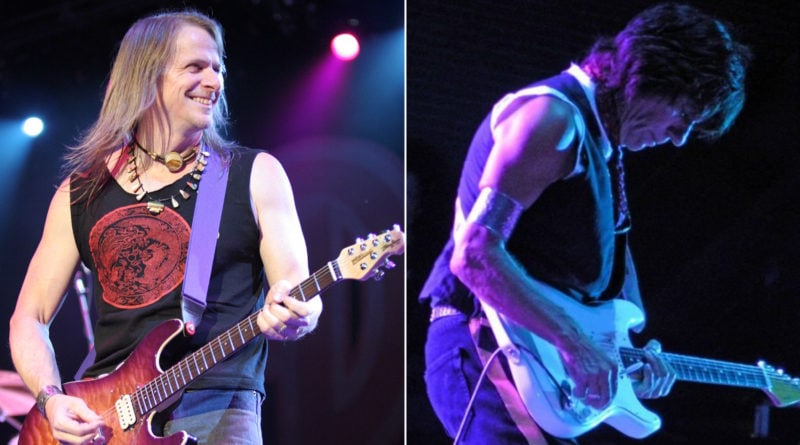 We could spend a whole day listing incredible guitar players that changed modern music, and we’d still not be able to name them all. However, hardly anyone compares to the skills and greatness of Steve Morse. Although he’s best known for his work with Deep Purple, Morse has an incredibly prolific career, participating in the making of countless albums over the years.

Of course, Morse is the founder of the progressive rock band Dixie Dregs. During the band’s heyday back in the late 1970s, they got the chance to work with Ken Scott – an engineer and producer with an impressive resume. The names he collaborated with include The Beatles, Mahavishnu Orchestra, Devo, David Bowie, Jeff Beck, and Pink Floyd, just to name a few.

As far as his work with Dixie Dregs goes, Ken Scott has helped them create two incredible albums, 1978’s “What If” and 1979’s “Night of the Living Dregs.”

According to what Ken said in a recent interview for Rockonteurs, Steve Morse is absolutely the best guitar player he ever worked with. And looking at who Ken Scott worked with, this isn’t just a random compliment. The producer said (via Guitar World):

“Steve Morse, as far as I’m concerned, is the best guitarist I’ve ever worked with. He could cover every style and he knew what was needed. Jeff Beck is great, but Jeff has a certain style which he is brilliant at, whereas Steve, he covers all styles, from classical, acoustic – there’s one track on one of the albums called ‘Little Kids’ which is him and just solo violin, which is brilliant.”

“He has perfect pitch. I did two albums with him and for the next couple of albums after that, I was having major tuning problems with the band. My sense of pitch had become so much closer to perfect pitch that, when they were slightly out, it became painful.”