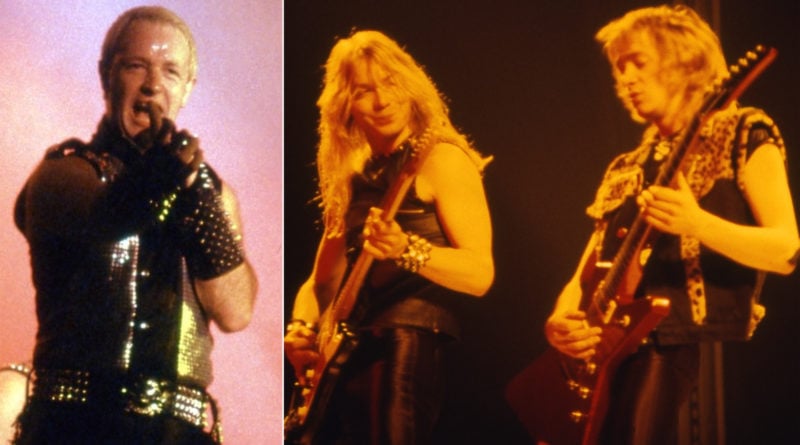 The early 1980s were a crucial time for the development of metal music. That’s when things were taken to a whole new level, with bands like Iron Maiden, Metallica, Judas Priest, Slayer, and many others pushing the limits. And you can only imagine how awesome it was when Iron Maiden toured with them back in 1982.

During a recent chat with Metal Pilgrim, Priest frontman Rob Halford recalled the good old days and sharing the stage with Steve Harris and the boys. He said (transcript via Blabbermouth):

“It’s a thrill because you’ve got two British metal bands really pushing this movement through that part of the world.”

“I used to watch Maiden most nights and look and go, ‘Man, these guys are gonna be huge.’ Just the songs, the energy on stage, just everything about them just screamed that they were gonna be a massive band. So, for us to be working together for some of those dates was remarkable, if you had a chance to see it.

“I was in Copenhell [festival in Denmark] just recently talking to Steve [Harris, Maiden bassist], and Nicko [McBrain, Maiden drummer] was there, and both of us were just full of metal memories.”

“As I’ve said many times, it was the start of a decade as well, and every decade in rock and roll, at the beginning of every decade exciting things happen. I think it’s human nature. [From] events in music through cyclical events of rock and roll, the start of the ’80s has always been very powerful and potent. Like the start of the ’90s — Slayer, Metallica, Maiden, Pantera, Anthrax — everybody was dropping really strong records in the ’90s. So, yeah, what a great time for metal. The first five years of the ’80s was just crazy.”

Is It Really That Bad: The Darkness Singer Shares Honest Opinion on David Coverdale’s Recent Live Performances, Reveals If He’d Go to a Whitesnake Show