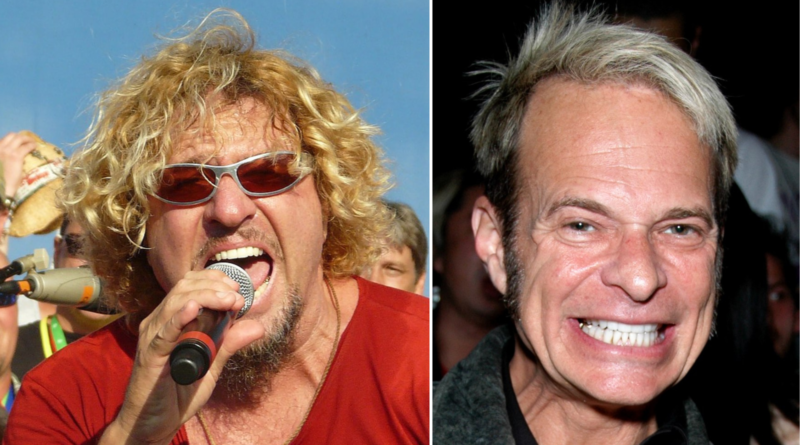 Recently, former Van Halen singer Sammy Hagar sat down with Growth TV to discuss his career. Among other things, the vocalist touched upon the much-discussed Van Halen tribute all-star event or a tour that was supposed to involve Joe Satriani doing guitar duties. Apart from Satch and drummer Alex Van Halen, there was a chance that we’d see Hagar sharing vocal duties with David Lee Roth. Asked about whether he’d like to front the thing if it happened, Hagar said (via Rock Celebrities):

“Oh hell yes. I would be involved, and I would insist that Dave come along somehow. He’s not so friendly.”

“He doesn’t play well with others and never has and never will, but if he didn’t want to do it, then, of course, I can always sing those songs.

“Those songs are easy. I sing those songs, lying on my back, smoking a cigarette, even though I don’t smoke.“

“That would be awesome. I would say that if Alex and Mike are in, Mike and I are really tight; Alex is a little quirky, and I don’t know what he wants to do.”

Going further into the conversation, Sammy Hagar also reflected on his relationship with Eddie Van Halen’s son Wolfgang. He said:

“Wolfie is the guy, but I don’t think Wolfie wants to do that. I don’t communicate with Wolfie that much. I’m not really that close with Wolfie anymore since I was not in the band. When he was little, I was really close to Wolfie.”

Looking back on Wolfgang’s own career, Hagar said:

The news of a potential Van Halen tribute event leaked earlier this year. It was former Metallica bassist Jason Newsted who exposed the whole thing. As he explained, there was a jam session involved and he was called in by Alex Van Halen to do this. In an interview published in April 2022, Newsted said:

“How could you? There‘s nobody that can top it, so how do you show it honor? I didn‘t want it to be viewed as a money grab. And then it kind of just all fizzled.“

This was also later confirmed by Joe Satriani who commented:

“I’ve been talking with Alex and Dave for about a year about doing something — a tour, something like that — that was gonna be a true tribute to Eddie [Van Halen] and the Van Halen legacy.”

“For me, it was a terrifying prospect of doing something like that, but I realized that it was something that would be a real labor of love for me. I was just so honored to take on the challenge.”

“It’s very complicated. And all I can really say about it is that if it does happen, I know we’ll make it the greatest thing ever for the fans and we’ll all celebrate together not only the great Eddie Van Halen but the legacy that that band created, the amazing amount of music and the goodwill and good vibes they created as a band.”

For better or for worse, the whole thing didn’t go through. As Wolfgang explained, it wasn’t an easy thing to pull off. Back in summer of 2022, he said of it:

“What I can say is that there was an attempt at doing something. But, you know, I don’t like to speak negatively about people, but there are some people that make it very difficult to do anything when it comes to Van Halen.”

“After being in Van Halen for a long time, I really have strived to have an environment where there is no walking on eggshells and there is no personality that you have to deal with. It’s just guys having fun making music and just having a good time. But, you know, from my time in Van Halen, there was always some stuff that gets in the way from just making music and having a good time. And, I think, that’s what happened.”

“I would love to just sit here and say everything and say the truth. There are plenty of interviews my dad did, where he straight up just said everything. And people hated him for it and thought he was lying.”