Skip to content
You are here: Killer Guitar Rigs > Feature > Sanguisugabogg – “I wrote about 90% of the album on Acid” 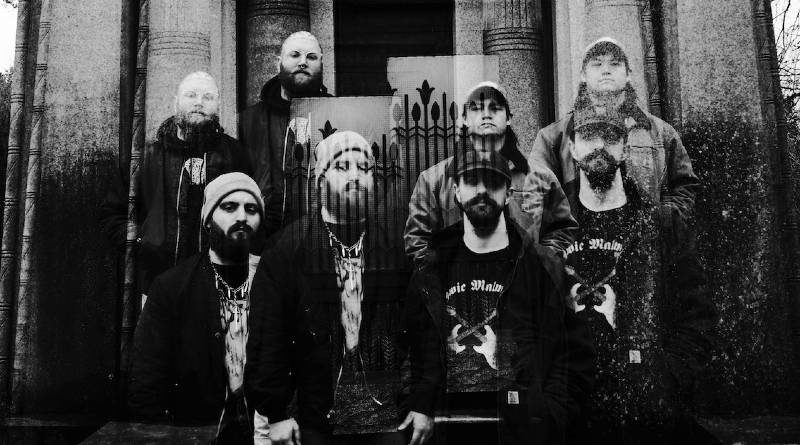 Sanguisugabogg caused something of a stir among fans of caveman fronted death metal bands with the release of their Pornographic Seizures demo in 2019. The band takes the classic Mortician/Morbid Angel sound and drenches it in psilocybin to create an incredibly inventive take on what’s become the hot thing in death metal.

Now signed to Century Media, the band has released three batshit crazy videos in the lead up to their eagerly awaited debut album, Tortured Whole. If you’re a fan of early web comic animation, Troma Entertainment and tripping balls, Sanguisugabogg’s videos are for you.

We caught up with guitarist Cameron Boggs to talk about the new record, tuning down stupid low, and a forthcoming release that sounds as out of the box as you’d expect.

I understand you guys took the downtime from the Rona and used it to spend more time on the record – can you tell me a little about that?

Yeah, I think we were pretty worried about rushing the record between tours. We were gonna do it, but we really wanted a lot more time to make it the way we wanted. I guess our wish was granted in a pretty strange way haha. I’m so happy with how the record turned out but wish we could be on the road right now for it.

Do you feel the album is different to the EP in any noticeable way, or is it more of a continuation of the same thing?

I definitely think its pretty different than the EP. I think a lot of people expected us to just do the same thing and I just don’t really like that. I constantly want to evolve and make shit heavier and better where I can. Less “caveman riff” mentality, but still keeping heaviness and groove.

The band is quite heavily associated with tripping balls, are there any songs or riffs on the record that give you flashbacks or visual hallucinations?

Honestly, they all kinda do. I wrote about 90% of the album on acid or mushrooms and I cant even guess how many times I’ve heard the finished album on acid at this point. If I had to choose one I think Dead As Shit kinda gives me some flashbacks of tripping on tour with Devin.

The videos you guys have released so far from the record are quite Troma esque – how did they come about?

Our friends knew the director, Seby Martinez, and we got in contact with him to do these with Troma. Devin, Cody, and I kinda came up with the idea for the videos smoking a bunch of weed at practice and Troma really made them what they are and surprised the fuck out of us.

So guitars! What guitars/amps/pedals did you use on the record? Same stuff as the EP or any changes?

The rigs were actually quite different for this one. I used two different gen Ampeg VH140C heads straight in with no pedals with my 7 string BC Rich Stealth tuned to drop G.

Out of your current setup, is there any one thing you picked up that really helped you land on your sound?

Yeah the Ampeg VH140C is the love of my life. I was rocking the Crate GX130C for a while, which is supposed to be pretty close in tone, until someone told me I had to try the Ampeg. Once I got that head I stopped using pedals and everything. Those amps are our tone straight up.

You tune down pretty heavily – any tips for people who are just getting into downtuning or are maybe struggling to get it together?

Im in Drop G and I’d never really fucked around with tuning even close to that low until this band.

If anyone wanted to go that low I would just recommend getting your guitar set up well by someone that will make that work or else you’ll just have some loose ass strings buzzing like crazy.

Are you a gear guy at all? If so, was there anything cool you tried out this year? Or anything you got that was disappointing?

Guitar gear is my biggest addiction and obsession.

One thing I just added to my rig is a Mesa Boogie 5 band EQ. I run it into both my Ampeg VH140Cs and it just beefs them up so hard.

I’m really confident I’ve landed on what I want gear wise for a while, so unless someone sells me more VH140Cs or BC Rich guitars I’m tryin to keep my addiction controlled haha.

Haven’t had anything disappointing in a while! Gear brands are really on their shit and killing it lately, at least stuff that I would be tryin out.

For someone who’s just discovering your band and wants to hear more music that sounds like you guys, where would you suggest they start?

I would probably tell ya to listen to Mortician, Steve Tucker era Morbid Angel, Dying Fetus, Undeath, and a lot of bands on our old label, Maggot Stomp.

If someone wanted to learn a Sanguisugabogg song on the guitar, what would you suggest they start with? Any particular passages or riffs you enjoy playing that people should check out?

I feel like Menstrual Envy would be a good place to start. It kinda has a wide range of the different shit we do all in one track and I think it would make learning some of the others easier too.

My favorite riff is probably the mid way point of Gored In The Chest where the drum break happens. That riff makes me so fuckin happy every time I play it.

What’s up next for the band? Did you guys keep writing after finishing the record? When can we expect to hear new music?

We have a couple more we just recorded for some stuff. Honestly I don’t think those will take long to come out.

We also have something else we have been writing for and its sounding insane. Not for an album but something I don’t think I’ve ever seen a band do, so ill just leave it at that!