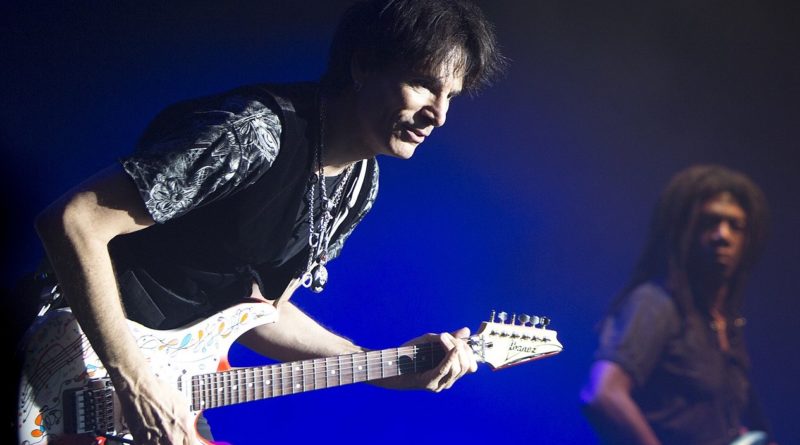 Although widespread and present in plenty of musical styles today, the guitar is still mostly associated with boomer or boomer-like rock and metal fans. You know, the overly negative bunch that says music is not good today and that Metallica stopped being a metal band with the “Black Album.” And they’ll also stray away from most of the social media (except Facebook), claiming that it ruined music. Well, what if we told you that Steve Vai disagrees?

In a recent Q&A for Loud TV over at the 2022 edition of Hellfest, Vai discussed the impact of social media, streaming services, and all things digital have on today’s musicians. According to him, these can be your allies only if you let them be. Vai explained (transcript via Ultimate Guitar):

“It’s virtually impossible for any of us to not be influenced by social media. And the quality of what you’re going to receive is based on your attitude…. Being able to go online, and get information is fantastic. And to get inspiration, because – you can find everything. But what you’re gonna get out of technology is based on [your] attitude.“

“For instance, when digital came along, and people started losing money, artists particularly because CDs were dissolving. Other things came that were incredibly beneficial. You could be so much more independent. You could put your work up and not have to go through a lot of people to get a permission to do it. You just make it and put it up, and if you’ve got the goods, it’s going to rise. The cream always rises. And I think this is a great thing.”

Further on, Vai describes three typical attitudes one can have towards social media:

“There’s three different attitudes that I’ve seen when it comes to addressing social media. One of them is, ‘This sucks.’ ‘This has destroyed my career.’ ‘I can’t make any money.’ And if that’s your attitude, that is what you will find.“

“The second one is, ‘How can this serve me? Because it’s here to serve me, and I’m here to serve it. And I’m going to find the benefits on how this can help me.’ That’s a mindset. And if that’s your mindset, you’re gonna find all that stuff.“

“And then the third mindset pertains to people who breathe very thin air, you know? And they look at the internet, and they look at technology, and they say, ‘What doesn’t it do that I want it to do? Because I’m gonna make it do it.'”

Elsewhere in the chat, Steve also explained that he hasn’t followed strict genre rules in his career. This made him sound unique but not super-successful as a part of a specific style of music. He offered:

“I was at the top of my game back in the ’80s and ’90s. I’ve been able to see these new generations of guitar players that have evolved the instrument, the performance of the instrument to levels that I couldn’t see when I was younger. It’s just fascinating shit, you know? And I get it, I look at it.“

“And the way it inspires me is not to try to play like that. That was never kind of in my wheelhouse. That’s why I’m not a good blues player really, or great jazz, fusion, or anything like that. I’m not even an authentic rock player, in a sense. I’m just the quirky guy, you know? I can see the innovation, and that’s inspiring for me to continue my own innovation because I can’t play with those guys. [laughs]”

Nita Strauss Shreds on Demi Lovato’s First Tour Show, Here’s What That Was Like