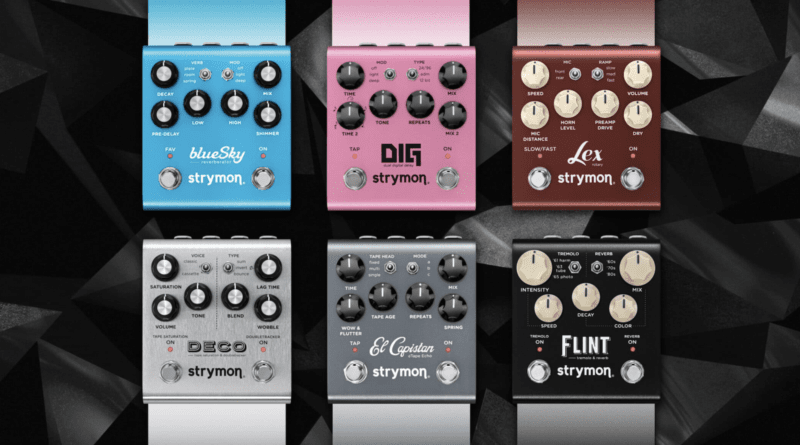 It’s been a while since Strymon showed up on the market. At this point, they’re on par with some of the biggest names on the market, although they’ve made their name for creating some of the most unique effects pedals, all while not making things too crazy. And now, after years of commercial success, they’ve stepped up their game and upgraded six of their classic pedals, reports Guitar World.

Although they retain an almost identical appearance to their older versions, the company has added new features and improvements. As Strymon’s head of marketing Sean Halley explains, the upgrades were done according to consumers’ requests. She explains:

“At the end of the day, these pedals can recreate all of the sounds that were previously available in the original versions, but now they sound and feel better, are far more powerful and flexible, and are ultimately easier to use than we could have hoped when each model was originally released.“

Each of the pedals now has MIDI capabilities with their TRS MIDI connection. This offers MIDI clock sync and even onboard storage with no less than 300 presets. Along with this comes a USB-C connection which allows players to update the firmware or MIDI tools.

As if this wasn’t enough, the pedals also come with JFET input circuitry, which gives these pedals better performance qualities. There’s also a new ARM processor onboard which just shows how much the company cares about using the latest technologies.

The controls and interfaces have also been expanded, giving you more options to shape your tone. For instance, the Blue Sky reverb comes with an additional “shimmer” control and even a new spring reverb algorithm. Deco tape saturation has a new tone control, and so does the DIG. El Capistan now has a new reverberation algorithm that’s controlled with a “spring” knob.

Lex saw more changes and improvements. Its rotary speaker emulator has two switches for “mic” and “reamp” and two controls for volume and “dry” parameters.

Flint looks the same but its speed knob gives more options than before, even allowing a near-1-Hz tremolo rate. Along with this, its pre-delay parameter has been improved as well.

You can check out the video demos below. For more info on these pedals, you can visit the Strymon website here.

Ozzy Osbourne Opens Up on Why He ’Didn’t Enjoy’ Black Sabbath Reunion, Explains How Tony Iommi Used to ’Intimidate’ Him

Willow Smith Explains Why She Wanted to Learn Guitar on Her Own: ’I Didn’t Even Know What Chords I Was Playing’