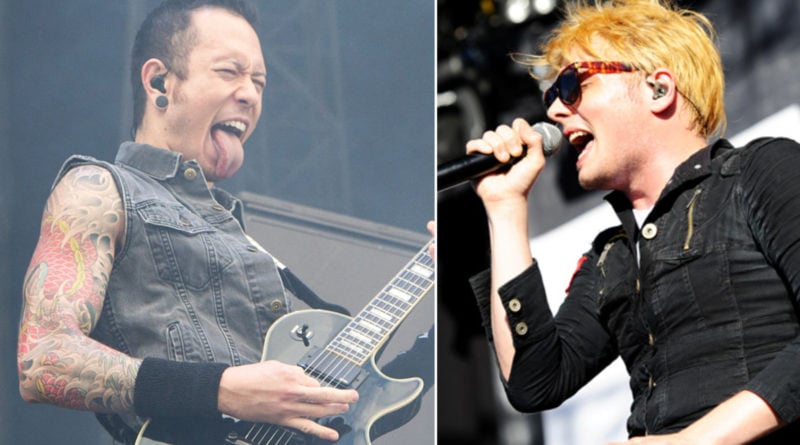 It’s not uncommon to associate black metal music with elitism and some form of “snobbery” if you will. However, times are now different than they were, and there seem to be no limitations, or shaming, when it comes to combining genres. Nonetheless, some still felt weird when Trivium frontman and leader Matt Heafy got My Chemical Romance singer Gerard Way to guest on his black metal side-project.

Released in March 2022 under Matt’s Ibaraki moniker, “Rashomon” is a pretty unique collection of songs, seeing the Trivium frontman diving deeper into metal and adding some unexpected elements in there.

Speaking to Guitar World recently, Heafy gave more insider details on this unconventional choice of a vocalist, claiming that one of the main ideas was to break the “elitist mindset” of the genre. He said:

“I knew Gerard would blow people’s minds… it’s the concept of the guy from Trivium and the guy from My Chemical Romance doing a black metal track together. It would break the elitist mindset of what black metal can be.”

“I loved the genre growing up, I’ve always talked about it, even though I was wearing an Emperor shirt that was much too small and wearing eyeliner. It didn’t make sense to some people, who felt I couldn’t look like that, be in a band that was commercially successful and still like black metal.”

To Matt, it’s all about exploring the genre and combining things that people don’t think should be mixed. He adds:

“I’ve always loved living in spots where you aren’t supposed to mix things up, like in Trivium where we love satanic black metal and Christian metalcore at the same time! I love that hard balance and rebellion against itself.”

“I met Gerard in 2006 at Big Day Out. We ended up talking about comics, Final Fantasy, and food, as well as things like vocal range because ‘The Black Parade’ had just come out and I wanted to pick his brain on the notes he was hitting. We stayed pen pals for years. Some years we chatted a lot, others we didn’t. One day he messaged me on Instagram asking if I could explain how to tremolo pick black metal riffs.”

From June to now, Megadeth has already released three singles from their upcoming new album “The Sick, the Dying… and

Gene Simmons Claims Kiss Will Continue Even After Farewell Tour, Explains How

Metallica’s Kirk Hammett Felt ‘Insecure’ About His Solo EP, James Hetfield Then Gave Him This Piece of Advice