Skip to content
You are here: Killer Guitar Rigs > Articles > How To Spot A Fake Epiphone Les Paul – 8 Telltale Signs 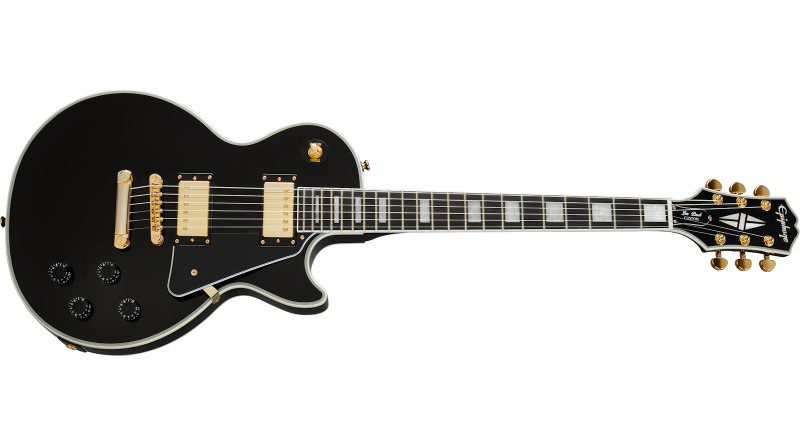 The counterfeit guitar market is awash with low quality replicas of some of the world’s most famous models, and while many may see it as a harmless way to pick up their dream guitar on a budget, purchasing one of these “knock-offs” is far from consequence free.

In his KillerGuitarRigs guide, you will learn:

Why Do Fake Epiphones Exist?

When it comes to Epiphone specifically, one of the first things that many say when we talk about spotting fakes is, “do fake Epiphones even exist?”, or “why would anyone fake a budget guitar?”. The answer is fairly simple – the unsuspecting guitar buyer is much less likely to think an exceptionally low price on an Epiphone Les Paul is too good to be true. This means the counterfeiters are more likely to slip through the net and into general circulation.

The majority of fake Epiphones are imported by unscrupulous retailers attempting to profit from customers who are unlikely to question their purchase. This is in direct contrast to fake Gibson Les Pauls, which are often purchased directly by somebody intending to play the guitar themselves because they simply want the Gibson headstock. This is why it’s exceptionally important to learn how to spot a fake Epiphone Les Paul if you’re in the market.

Are Epiphone Les Paul Fakes Made In The Same Factory As The Originals?

Many people also believe that counterfeit Epiphone Les Pauls are probably made on the same shop floor as the originals. This could not be further from the truth. The Gibson Corporation and their Subsidiary, Epiphone, employ strict quality control across their foreign manufacturing facilities, and the chances of an underground counterfeit operation happening under their noses is slim to none.

These knock off guitars are made in unregulated facilities, likely using less than legal labor. They do not worry about the quality of the components being used in the instrument, so the cheapest possible parts are used, for maximum profits.

What Are The Signs That Suggest An Epiphone Les Paul Is Fake?

While the accuracy of counterfeit Epiphone Les Paul guitars is rapidly improving, there are some surefire signs that the instrument you’re looking at isn’t genuine. Fortunately, these signs are common amongst fakes, making them fairly easy to spot once you’re aware.

One of the first things to look for when dealing with a counterfeit is the tailpiece bolt heads. Fake Epiphone Les Pauls often have a domed bolt atop the tailpiece posts. An original will always have bolts with a flat top and slightly rounded edge.

This one is a little harder to spot for the untrained eye, so having a known original to compare it with, even just a photograph of one, will be helpful. Counterfeit Epiphone Les Paul pickguards are widely known to have their mounting screw located close to the bottom edge of the pickguard itself. On an original Epiphone guitar, this screw will be located closer to the middle of the scratch plate.

Counterfeiters are usually quite bold, and will often attempt to make their copies look as high end as possible. This means that not only do they fake the guitar, but they also make fake Grover tuners. Much like the rest of the guitar, the quality is often shoddy, and feature dead giveaways as to their authenticity. First, look at the front of the headstock. Under the tuning post bolts, these counterfeit Grover tuners will have a large washer with a sloped profile. If a genuine Epiphone Les Paul is equipped with Grover tuners, this washer will have a much smaller diameter.

On the back side of the tuner, the classic Grover dome is where you need to look next. Counterfeit examples will tend to have a matte finish on the domed area, whereas a genuine Grover tuner on a real Epiphone Les Paul has a mirrored finish.

Finally, the font used on the Grover branding is another indication you should be looking for. On a fake Epiphone Les Paul, if the features “Grover” tuners, the lettering on the branding is tall, almost rectangular. On Original Grover tuners, this lettering is more compressed, and each letter almost takes the form of a square.

One thing that the counterfeiters can never seem to get right (fortunately!) is the location and layout of the volume and tone knobs. Fakes will frequently have uneven spacing between the controls, which might not be readily visible to the naked eye, but there is a trick to checking the proper alignment. If you have a picture of the guitar you’re concerned about, draw a line that passes through the volume knobs, another that passes through the tone knobs, and finally one that passes directly from the center of the tail piece to the center of the headstock.

If these 3 lines are anything other than perfectly parallel with each other, this is a sign that you should steer well clear as there’s a good chance it could be a fake.

This is trickier to spot unless you’re already familiar with how a genuine Epiphone Les Paul looks and feels, but counterfeits do frequently feature irregular proportions when compared side by side with an original. The horn is often too pointy, or too round, and the bottom “bulge” is often too large. Additionally, archtop models (when fake) often don’t have a smooth graduation from the edge to the peak of the top.

This is one of the most instantly recognizable features of a fake that should send potential buyers running for the hills. Fake Epiphone Les Pauls are often Custom or Deluxe models, as the originals tend to command a higher price and this maximizes profits for counterfeiters. As such, they will feature a bound body and headstock. Look carefully at that headstock binding. Knock offs will, more often than not, have binding there that is so thick, it’s actually close to half the width of the headstock edge. The genuine artefact, if sold with a bound headstock, will have binding that is no more than 3mm, or around 0.1 inches in width.

This isn’t to say there are not fake Epiphone Les Paul Standards on the market. They should not have headstock binding, so don’t automatically assume a LP with no headstock binding is genuine without thorough inspection.

There are a number of websites online that suggest they can not only date your guitar based upon its serial number, but that they can even tell you which factory it was made in. These websites are great, but shouldn’t be relied upon as a dead cert for accuracy – they do not feature a database and instead, use the patterns of letters and numbers in the serial number to make an assumption based upon some known factors. So, even if the serial number on the guitar you’re looking at looks right in one of these websites, The Guitar Dater Project, for example, it could still be a fake.

When it comes to the actual serial number, the overwhelming majority of fakes start with the designation “EE” before the number. There are genuine instruments with this designation, too, so now you should look a little deeper. Look at the size of the EE text in comparison to the rest of the serial number. If it is a significantly larger font, or perhaps even different font altogether, then the guitar is almost certainly a fake.

These serial numbers are often duplicated to other, similar models, too. So, if someone has a number of guitars for sale, and any of the other red flags have been raised, check the serial number of a few of their instruments. If you see any duplicates, walk away immediately.

A reputable seller should have no issue with letting you open the rear cavity on the back of the Epiphone Les Paul they are selling, so, if they allow this, be sure to look inside. When opened up, if you see that the guitar is pieced together from several layers of fiberboard, walk away. If there are sharp splinters of wood, again, this is a sign to walk away.

If wiring is haphazard, and soldering does not look uniform, this is another good sign that the Epiphone Les Paul you’re looking at is a counterfeit.

Final Thoughts On How To Spot A Fake Epiphone Les Paul

While this guide is primarily aimed at helping prospective buyers avoid the mistake of purchasing a fake Epiphone Les Paul, these tips could also be of use to anybody who has already bought their guitar, but just has that sixth sense feeling that something isn’t right.

It’s not only private sellers trading in counterfeit guitars, in fact, retailers often take in fake Epiphone Les Pauls in trade simply because they assume the market for knock offs doesn’t exist. Unfortunately, this is how they make their way through the market and into the hands of the innocent buyer.

If you have purchased a fake Epiphone Les Paul, it’s not the end of the world. If it plays well and you enjoy the guitar, try not to worry about it – just don’t try and sell it on to someone else as the genuine article. If you aren’t happy, and you purchased it from a retailer and you’ve discovered that it isn’t genuine, gather any proof of purchase and contact them immediately to let them know they sold you a counterfeit, and you should have good recourse for a refund.

Most people will tell you only Gibsons get faked, but that fiction is exactly why it’s so easy to sell fake Epiphones! We talk you through what to look for.