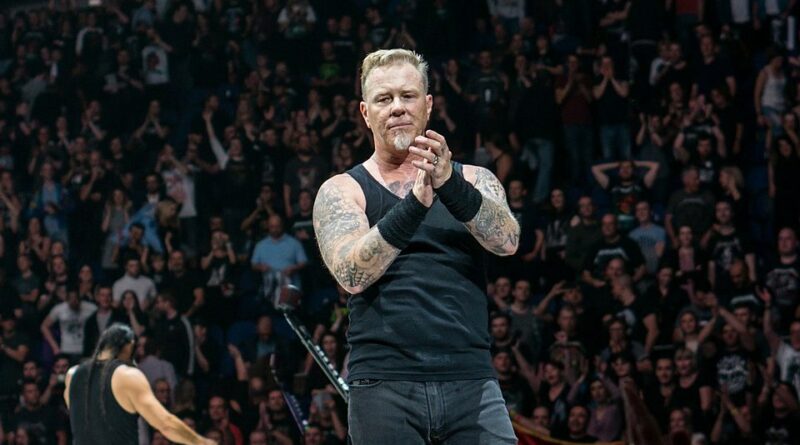 The Mars Volta are one of the bands today continuing the old legacy of classic prog rock bands like King Crimson, Yes, early Genesis, Jethro Tull, and others. Of course, they’ve got their own twist to the genre, further pushing the boundaries and going where no one ever dared to.

They’re also an inspiration to many other rock and metal fans, even famous musicians. As the band’s masterminds Omar Rodríguez-López and Cedric Bixler-Zavala revealed in an interview with Zane Lowe, Metallica used to come to their shows. And the funniest part is that they once refused a song request from the legendary metal band. The piece in question was “Inertiatic ESP.”

“We met them in New Zealand. They came to our show and they were like, are you going to play this song? We’re like, no, we don’t play that anymore. Sorry. And he’s there. I’m like, God, we should play it for him at least.”

“We didn’t play it. We were very stubborn about where we were. It was something from the first records. We were like, we’re here now. We understand people really love that, but we’re very selfish like that. But it was cool to meet them. It was like, wow.”

Rodríguez-López then recalled one occasion when Metallica covered the said song during one of their pre-show practice sessions. He offered:

“Yeah. You know how they rehearse or just jam before going on stage? They played at the stadium in walking distance from my house when I lived in Mexico. So, they played right at the, is that the little [spanish] I think it was. Yeah. Sorry Guadalajara if I got that wrong. They’re very particular about their… But so I walked up there, got it in and stuff and they invited me back there and then I could just see them whispering something. And then they played ‘Inertiatic.’ Yeah. It was really cool.”

Prog Band Open Up on Rejecting Metallica Request: ’We’re Very Selfish Like That’

Steel Panther Signer Tells Honest Truth Behind Bassist Leaving the Band, Opens Up on Replacing Him

7 Best Taylor Acoustic Guitars (2022) From budget to top of the line!