Skip to content
You are here: Killer Guitar Rigs > Articles > What is Agathis Wood and why is it so hated by guitarists? 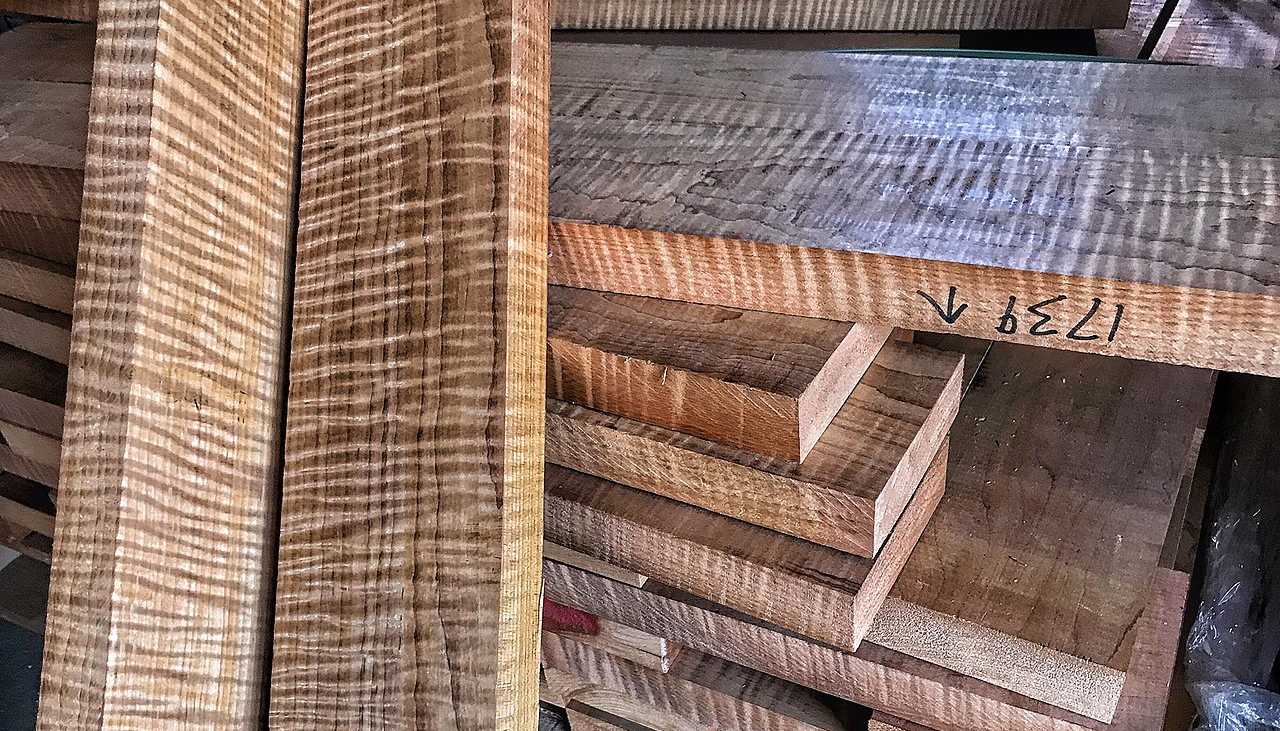 Agathis wood, also known as Kauri or Dammar, is a classification of 22 different species of evergreen trees from the conifer family that are grown mainly in the southern hemisphere. Similar to Adler, it is widely used for affordable guitar bodies and is typically used for instruments that are painted as it is not a highly figured wood.

However, according to most in the guitar community, it’s biggest advantage as a wood for guitars is that it makes good firewood.

So what guitars use Agathis, and why is it so hated?

Guitars Commonly Made With Agathis Wood

Many, many manufacturers make guitar bodies with Agathis, as it is a cheap but sturdy wood (some say not unlike basswood – more about that later). Some also suggest it is popular as it is local to Indonesian manufacturers, so it allows them to save on freight costs for other woods.

Agathis is largely used for the budget end of the market and can be found on guitars by ESP, Fender Squire, BC Rich, Agile, Cort, Gretsch, Ibanez – and a ton more.

However, there are a number of mid-range and higher-end guitars made with agathis – Nuno Bettencourt’s signature Washburn N-24 would be one example. I’ve also seen it said that some Steve Vai signature models are made of agathis, though there are so many it’s hard to pinpoint the exact one.

Agathis as a tone wood in guitars

Agathis as a tonewood (if you believe in that kind of thing) is said to be most similar to mahogany (more typically used in acoustics), which in electric guitars is said to be darker but punchy with excellent sustain.

Many see Agathis as a replacement for basswood. Tonally, basswood sits between mahogany and alder.

Finally agathis is a softer wood, and as such will give you a lighter guitar than other woods. This can be attractive to those of us in our waning years, looking for ways to preserve our backs!

The Case Against Agathis

In researching this article, I read through dozens of forum posts, and read way more arguments than I would typically fit into my day.

Man, people really get up in arms about this.

Really the complaints about Agathis wood fall into three buckets:

The most common word I’ve seen people use to describe Agathis is “dull”.

While it is said to be the poor man’s mahogany, it does lack the bite that you get in mahogany electrics.

This can of course be overcome with pickup selection, but if you’re the kind of person who judges a guitar first and foremost on how it sounds acoustically, you’ll find yourself passing over agathis guitars.

Similarly, in the hands of most pickups, agathis guitars, by and large are said to lack spark and character.

Now, there is an argument to be made that, as it sits at the budget end of the scale, one could be hearing cheap pickups and cheap electronics, but there are many guitars in that price range that actually sound quite good.

Possibly due to it being a softer wood, it’s very commonly referred to as lacking sustain or resonance.

For any played note to sustain past its initial attack, you want the string to vibrate and push sound waves into the body. When your guitar is made of a dense and rigid wood, the string alone vibrates. When the guitar is made of a softer wood, the wood itself will vibrate somewhat, absorbing and ultimately stealing the vibration from the string, shortening the sustain.

Obviously some guitars have very little sustain by design. Many people enjoy the short focused attack of a telecaster for example.

However, an across the board lack of sustain due to the woods, especially in guitars where otherwise you would want your notes to ring out, is a very undesirable quality.

Complaint #3: Agathis is quite soft

Agathis is a soft wood, meaning that it takes very little to ding the guitar.

While a lot of us salivate over aged guitars that look like they’ve been through the wars, that doesn’t typically extend to $200 guitars with thick dark paint. In those instances, a ton of dings just looks… Bad.

Does Agathis Wood have it’s place?

The most common argument I see for Agathis in a guitar is that, if you have a guitar with EMGs, Agathis is fine, because realistically you could put EMGs on a boogie board and it would sound the same.

It’s also been noted that it works fine for neck through guitars. For example, the MH-250NT has a maple neck into an Agathis body. In this scenario, most of the sound is going to come off of the maple neck extending into the body, with the Agathis there to give shape more than anything else.

Agathis is actually used for a lot of different things outside of being used for guitar bodies that people moan about.

Agathis timber is used widely for yacht hull construction due to it’s exceptional strength to weight ratio and rot resistance. In fact, while many traditional wooden boats are only good for about 50 years before they need reframing, boats made of Agathis australis (known in the boating community by the name Kauri) frequently last over 100 years.

It is also used for a variety of industrial applications, such as mine braces, furniture, house construction, shipbuilding, wood paneling, and railway sleepers.

While some guitar woods have a consistent, distinctive, and attractive grain, agathis varies widely and typically isn’t expecially attractive or distinctive. For this reason, you’ll mostly find agathis body guitars covered in a thick colored finish.

That being said, some swamp agathis can have an iridescent grain figuring typically referred to as as “whitebait”, and some people report their Squier standard series agathis guitars having a birch-like grain with what look like dashed straight lines.

In typical use, people find agathis body guitars to be darker than alder – though surprisingly Squier used to make their standard series out of both agathis and alder. This resulted in not so subtle variation from guitar to guitar within the same range, though the rule of thumb was that if the grain was showing, it was alder (as agathis grain isn’t consistently pleasing), and you could usually tell by holding up two guitars which was which (the heavier one is agathis).

Basswood typically sits between mahogany and alder, the latter being lighter and brighter than agathis. The way many people describe the tonal difference between agathis and basswood is that agathis is “warmer”, which really just means a little darker but not by a whole lot. Some would even describe basswood as “neutral” when comparing the two, but really there’s such variety in both agathis and basswood it’s going to be down to the individual guitars a lot of the time.

Is agathis “bad”? Not necessarily. It’s more that it’s generally undesirable compared to other woods.

If you find yourself considering a guitar with an Agathis body – it’s probably because you find yourself at a price point where concessions have to be made. Depending on how you plan on using the guitar, it may be fine – put some EMGs in there or otherwise whack a ton of gain in your signal, and who cares, right?

However, if you are at all in a position to avoid it, the evidence would strongly suggest that you do so. It is a dull sounding material that will make your guitar look worse with age, and not in a “vintage Gibson” way, but unfortunately more in a “Ford Taurus with 150k miles on it” way.