Skip to content
You are here: Killer Guitar Rigs > Articles > Ibanez Wizard Neck – What is it and Why do People Love it? 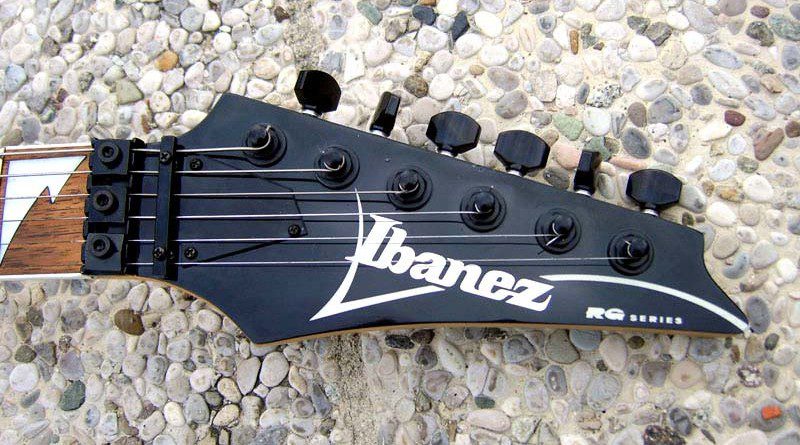 Ibanez are widely known for their fast playing shred machines, and a big part of this reputation came from their now legendary Wizard necks. The Wizard neck has gone through several iterations since it was first introduced, and some were significantly more popular than others.

In this KillerGuitarRigs Guide you’ll learn:

Before jumping into the guide, take a look at these Ibanez Wizard neck fast facts:

When Was the Wizard Neck First Introduced?

The Wizard neck was unveiled to the world on the Ibanez RG550 way back in 1987. Born during the golden age of heavy metal, the Wizard neck made it incredibly easy for guitarists to play lightning fast licks, riffs and solos.

What Makes Wizard Necks So Fast?

There are a few factors that impact the playing speed of a guitar’s neck.

It’s well known that thin necks are preferable for those looking to play fast. A thin neck promotes playing with a grip that sees the thumb running straight up the neck, rather than around it. When playing this way, you improve finger reach, which means you need to move your fingers less to hit every fret on every string – less movement equal less speed.

The wider the radius, the flatter the neck. The Wizard neck has a 17” radius, which is absolutely huge when compared with an 87 Les Paul at 12”, or an “87 American Strat at just 9.5”. Having that flat fretboard makes a lot of the techniques that people like to buy shred style guitars for that much easier – things like sweep picking, pinch harmonics, and multiple string finger tapping.

While the majority of guitars at the time were using a medium jumbo fret, Ibanez installed extra jumbo frets on their Wizard equipped models. These enormous frets had several benefits that helped to solidify the reputation of the Wizard necks.

First of all, these frets are very tall, which significantly reduces the effort required for huge bends, and make pinch harmonics incredibly easy and replicable. As well as fret height, the width of the extra jumbo frets adds an incredibly smooth, almost effortless playability, which further enhances the player’s ability to play fast.

The design of the Wizard neck keeps the thickness at the heel to a minimum. This helps to improve speed at the high frets by making it easier to reach across the fretboard.

Ibanez maximized speed on their Wizard necks by leaving them completely unfinished. They have no oil or lacquer to speak of and are extremely well sanded. This leaves them wonderfully smooth and about as slick as a neck can possibly be. For moving up and down the neck this is ideal, as sweaty palms and neck coatings usually result in friction, and that is a killer for speed.

Which Guitars Have Wizard Necks?

Today there are several Ibanez models available with Wizard necks:

There are, of course dozens of historical models available on the used marketplace with sought after Wizard necks from over the years. If you are able to, try out as many as you are able to before committing to one if you are unsure. On paper, the difference in specifications looks absolutely tiny, but in reality, the way the necks look, feel and play can vary significantly.

How Many Wizard Neck Profiles Are There?

Over the years Ibanez have continuously adapted and evolved the Wizard neck. Today there are over 10 Wizard necks in existence, with various versions of each available for guitars with extended range, multi scale, etc.

Some of the Wizard models include:

The Wizard neck has seen changes both good and bad over the years. The original Wizard remains amongst the most sought after, with well used examples still commanding a hefty premium on the second hand market. Overall, these necks have been proven over time to be some of the smoothest playing, and fastest that have ever been made, which has cemented them into guitar lore.

By the way, you might be interested in our rundown on the best guitars for metal, as well as our favorite budget 7 string guitars.