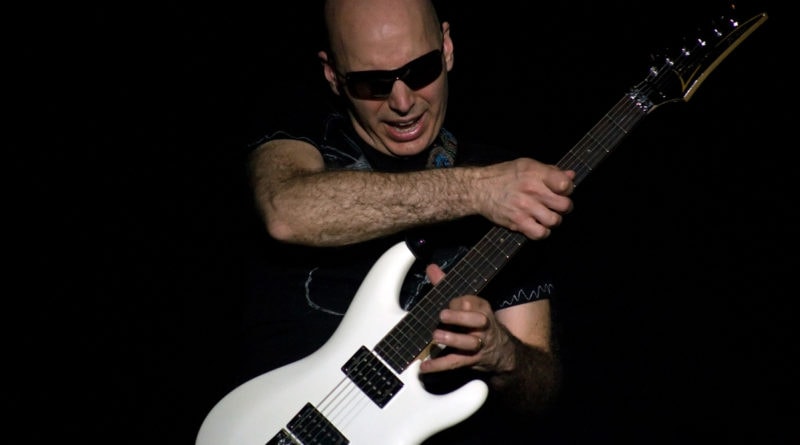 For several decades now, Marshall has been changing not just the guitar tone but the music industry itself. After all, the guitar tone wouldn’t be the same without Marshall’s tasty heavy “bite” in the midrange, as well as its “grainy” distorted tone. These amps found their way into all genres, going from mellow blues up to extreme metal. So it’s not a surprise that guitar master Joe Satriani has been using them throughout the course of his career.

Back in 2009, Satriani got back to Marshall amps after some years with Peavey. And, of course, the company also manufactures the JS signature line of amplifiers that bring incredible versatility to one’s sonic options. In a recent chat with Guitar World, Satch expressed his love for Marshall amps in general and also explained what makes his signature JS models so special.

Looking back at his Marshall beginnings, Satriani said:

“When I started playing Marshall myself, those amps just seemed to pick up everything. There is no hiding when you plug straight into a Marshall and turn it up. If there was ever an amp that makes you feel self-conscious – and at the same time emboldens you to play like a giant – it’s a Marshall. So it’s not for the faint of heart.”

“At least, not until the 800 came out, or any of the master volume ones. Then mere mortals could start to relate to the amp. Up until then, only giants could somehow make it work.”

Reflecting on what it was like to get his own signature Marshall model, Joe said:

“It was a real moment when I got my own Marshall JS signature amp. I was in Chickenfoot and also had my own band, so I had to come up with an amp that made sense for the gigs I had. That meant an amp with lots of gain for melodies and solos. But it had to be super fat so my high notes wouldn’t screech.”

“That’s cool if you’re a lead player who just takes 16 bars and shaves everybody’s head off for a few moments – but that’s a whole different gig! Me, I walk out on stage and, for two hours, I have to play beautiful melodies all the way up the neck, so I can’t have the amp be that nasty up there.”

Of course, designing an amp takes meticulous work, but it’s a rewarding process. As Satch claims, he and the company’s engineer Santiago Alvarez have created a “beast.” He explains:

“Santiago Alvarez – the Marshall engineer who designed the JS amp with me – understood what I was trying to do. So we created this beast. We removed a lot of compression, took down the gain a little and made everything super fat so it held together from the lowest to highest notes. And, boy, it really freed me up when I started to tour with those amps.“

“I just found I could play so much more because the amp was helping me achieve all these different things, especially switching from legato to picking. It was like the amp understood me, y’know?”

Deep Purple Singer Opens Up on What Ritchie Blackmore Was Really Like, Reveals If They Will Ever Reunite