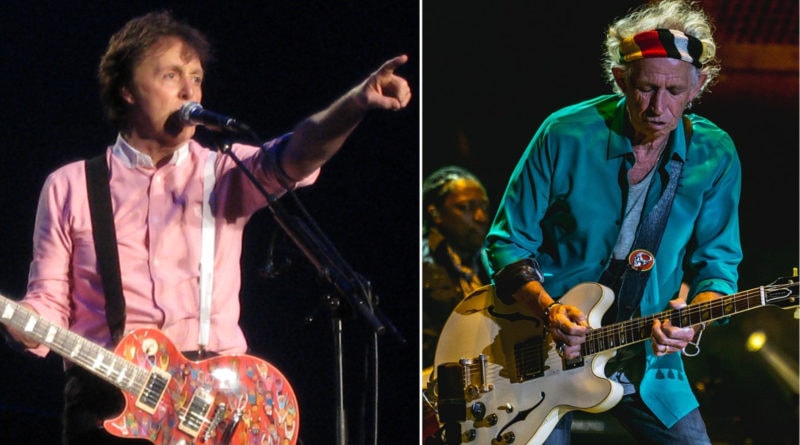 Several decades have passed since rock music blew up back in the day. But even after all this time, one thing remains – fans still argue whether The Rolling Stones or The Beatles were better. Although there wasn’t any direct “rivalry,” at least not in a bad way, we still like to think of it as this ultimate division for classic rock fans.

But according to what Keith Richards said in his recent episode of “My Life as a Rolling Stone” on BBC, where Mick Jagger was a guest, The Rolling Stones were “envious” of The Beatles. Discussing the matter, Keith said (transcript via Express):

“We were working the clubs in London and The Beatles just came out and had a hit, ‘Love Me Do’. And we said, ‘Oh man, what a great record.'”

Mick Jagger then chimed in, saying:

“The Beatles suddenly explode and there you are going, ‘Oh, yeah. But we’re a blues band.‘ The Beatles changed this whole thing.”

Of course, we were looking at different approaches to writing their music back in the day. But even though The Rolling Stones were primarily blues-focused, they were still a bit envious of The Beatles’ success. As Keith explains:

“Our job was to be like the premier rhythm and blues band in London and we managed that! But we had no idea of progressing beyond that stage…“

“We were just envious, too, man, y’know? I mean, they’re doing what we want, y’know, they got it. They could make records.“

“The Holy Grail was to make records, to be able to get into a studio. It was like diamonds. Y’know, you’d think it was a gold mine, which in a way it was, y’know what I mean? But you’d think you were invading Fort Knox just to make a record.”

According to Mick Jagger, Keith often played The Beatles, which ultimately drove Jagger mad. Talking about this obsession, Jagger said:

“Keith, he’d play The Beatles all the time. It’d drive me absolutely batty! And why he was playing The Beatles wasn’t because he didn’t want to listen to anything else. Keith wanted to write these pop songs cos we’re undeniably the blues band. But we knew we had to be a pop band.”

This Is the Secret Behind Warm yet Clear Tone, Explains Guitar Legend Robin Trower