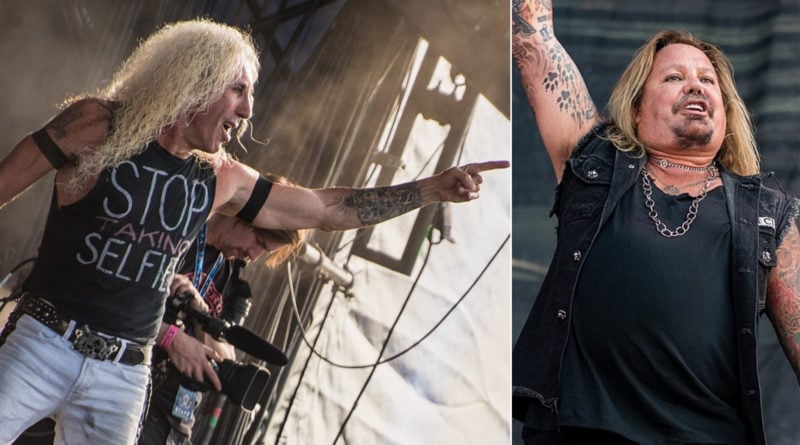 There’s been a lot of commotion lately after it was revealed that Vince Neil uses a teleprompter for Mötley Crüe shows. And it especially got some negative attention after the band’s somewhat lukewarm start of their reunion tour. Here’s some fan-filmed footage from that show.

Of course, after the media picked up some of the shared videos online revealing Neil’s teleprompter use on stage, plenty of rock artists stood in his defense, saying that it’s not much of a deal. After all, Rob Halford has been open about this and people don’t seem to mind. It seems that media outlets kind of overreacted.

“So Motley Crue used a teleprompter. Really who fuckin cares. Did you have fun at the show? That’s what matters. A lot of bands have used teleprompters STOP looking for reasons to criticize. Recorded vocals an artist not caring is bad Teleprompters [sic]? Who cares”

Twisted Sister frontman Dee Snider agreed with what most people were saying, also standing in defense of Neil after quoting the said tweet. However, what he also added to the statement did feel a little weird. Although defending Mötley Crüe frontman, Snider explained why he never preferred teleprompters and ended up unwillingly insulting Neil. He explained:

“True that! MOST bands are using teleprompters. Not me, but I didn’t kill a lot of my brain cells with drink and drugs (not a criticism. More of an explanation). STOP being so damn critical and just enjoy seeing the people you love on lip synching is another story!”

After Twisted Sister’s disbandement, Dee Snider remained active in the world of music. Although he’s famous for being one of the first rock musicians to sell the rights to his works, Snider kept making his solo albums and touring in support of them. The last one, titled “Leave a Scar,” came out in 2021. You can check out the album’s opening track “I Gotta Rock (Again)” in the embedded player below:

Two New Budget-Friendly EMG-Equipped Guitars Launched by Harley Benton, These Are the Prices and Some Specs