Skip to content
You are here: Killer Guitar Rigs > Articles > What Delay did Eddie van Halen use? 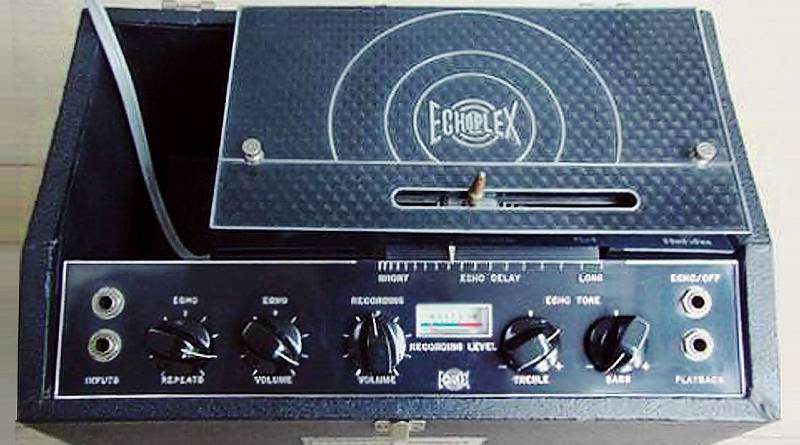 Edward Lodewijk Van Halen was a guitarist of legendary status. He was a true innovator to the instrument. Part of that was his legendary ‘brown sound’ guitar tone. His tone is one the most recognisable guitar tones ever, and can be hard all throughout Van Halen’s discography.

One big element of his legendary tone was his delay (check out our favorite delay pedals). He used delay like any lead-guitarist would, to widen his guitar tone and make it sit in the mix. The delays he used throughout his career were most prominently the Echoplex Delay, the Roland SDE-3000 Digital, and the Lexicon PCM70.

We all know Eddie and his brother Alex from the legendary rock band Van Halen. Some of their hits include ‘Jump’, ‘Ain’t Talkin’ ‘Bout Love’, and most recognisable to guitar players, ‘Eruption’. Eddie pioneered the use of the tapping technique, where bot hands play on the fretboard. This technique is now unmistakably one the most popular techniques, and an integral part of some genres.

Last year we got the heart-wrenching news that Eddie had passed away. His legacy is one that must not be forgotten, as he inspired so very many people to pick up the guitar. His influence on the instrument is comparable to guys like Chuck Berry and Jimi Hendrix. To put it in perspective, your favorite hard rock/metal band is most likely in some way inspired by the man. He means a lot to me especially, as he was born in my home country of The Netherlands.

But on to his sound. He used a combination of his 5150 amps and his pedals to create his tone. The most integral part of that might have been his Frankenstrat guitars. He would mod and build his own guitars with whatever he liked. He was one of the first guys to put a humbucker in a strat, and invented a mod so that he could quickly switch between standard tuning and drop D on his Floyd Rose equipped guitar.

His delay tones were also something many a guitarist desires.

Eddie used the Maestro Echoplex Delay for his early work. It can be heard on albums such as ‘Van Halen’ and ‘Van Halen II’. He used this delay unit in front of his Marshall amp. He blended the delay’s gain with that of the guitar so that even with heavy overdrive, it wouldn’t get in the way of the main guitar signal.

He actually pioneered a method in which he used three different cabs. He ran his delay to the left and right cab, and he’d keep it ‘clean’ for the middle cab. This way, he’d use the middle cab as a monitor so that he could hear what he was doing better. The other two cabs were there for the audience.

Settings wise, Eddie set the Echoplex to whatever the song called for. He used a mild and dryer version for his rhythms, and a larger and more saturated delay for his solos.

Roland is a famous brand responsible for many great pieces of equipment, and indirectly responsible for some of the world’s most famous guitar tones. BOSS is a sub-brand of Roland, and almost every guitarist probably has a BOSS pedal or two on their board.

The Roland SDE-3000 is a digital Delay rack unit. Eddie proposedly switched from the Echoplex to the SDE because it was easier and more reliable. The Echoplex was a large analog unit that wasn’t very easy to use. It was heavy and fragile, unlike the SDE. The SDE is much smaller and lighter, and also much less fragile. As musicians tour more and more, they often switch from heavy tube amps and effects units to rack-mounted solid-state processors. The same holds true with Eddie. It was easier to switch between presets, and sounded amazing very single gig.

Lexicon is a well-known brand in the effects processor world. The PCM is basically an improvement of any basic delay processor. It’s more modern and easy to use than the Roland. This is what Eddie mainly used live, where his guitar tech can easily switch between sounds.

There’s not much to say here other than what I already said about the Roland, where using rack units is easier than analog units.

His use of delay

Eddie used his delay more like a reverb. He set it up so that his tone sounded more 3-dimensional because, being the only guitarist in the band, he had the freedom as well as the job to fill more sonic space on his own – and as most guitarists in that position know, one of the best ways to do this is via delay.

Other effects he used

Eddie used a multitude of other effects besides his delay. Most notably the legendary MXR Phase 90. This particular sound is very recognizable to his tone. Some other effects he used are the EVH Wah pedal, MXR Analog Chorus and EVH Flanger.

All in all we can safely say that EvH will never be forgotten. Not just his influence on the instrument, but his tone as well. There’s not many people who are instantly recognisable with their sound, but Eddie van Halen absolutely was.

Want to get one email a month from us?

Gatecreeper – “We kind of did a split release with ourselves”

Gatecreeper are known for their sometimes sludgy “stadium death metal” – so the surprise release of a half dozen grindcore songs (plus one funeral doom dirge) came as a shock to many. We caught up with The Darkest Cowboy (guitarist Eric Wagner) to talk about their new release, An Unexpected Reality.

What is the Woman Tone? How to recreate it on the guitar?

What Overdrive pedal does Steve Vai use?

What wah pedal does Kirk Hammett use?

How often should I change my guitar strings?