Skip to content
You are here: Killer Guitar Rigs > Feature > The Pretty Reckless – “We could start recording tomorrow” 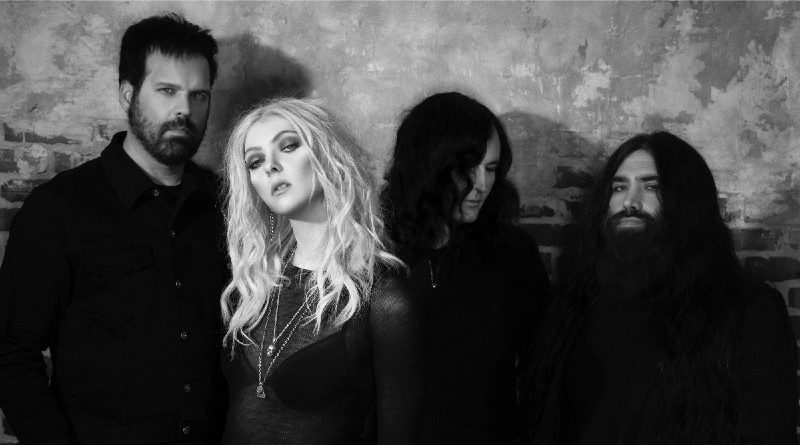 Like so many bands in 2020, The Pretty Reckless were ready to roll with a new record – the recently released Death By Rock And Roll – and a full touring schedule when the world shut down. The band had even released the first single off their new record, a record setting release as it made them the first female fronted act to have five consecutive number one singles on the US Mainstream Rock Chart.

However, this was only the latest in a series of hard blows for the band in the last few years. The band’s long time collaborator Kato Khandwala sadly passed away in 2018 as they were gearing up to record the record that would be loosely themed around his passing. TPR were also the opening act on Soundgarden’s last tour, socializing in the parking lot with the rest of the band for hours after Chris Cornell’s last show.

But onwards and upwards. The band pulled together to create the ferocious record in Death By Rock And Roll, which includes guest appearances by Kim Thayil and Matt Cameron of Soundgarden as well as Tom Morello, released February 12th following a series of huge singles.

We caught up with guitarist and co-songwriter Ben Philips to talk about the record, modelling amps, and his enduring love for the Gibson ES-335.

The band had a pretty full calendar for 2020 and had even released the first single from the album when Covid derailed the world. What was the mood in the band as things started to get cancelled?

We hadn’t toured for a few years, everyone was looking forward to it so much. Like most musicians and everyone else who depends on the touring industry, it was crushing. We eventually had to put it into perspective as the world went down and so many people were and still are suffering. I think we all agree that the upside is when live music does return it will be with a raging force.

The new album, Death By Rock And Roll was delayed quite a while, was there ever a point where the band considered either adding some songs to it that were written in the interim, or even just moving on to the next record?

DxRnR is a fully conceived piece of work. There was no adding or subtracting. Who knows what will happen in all this uncertainty. We may go in and record, it’s definitely an option. We’ll have to see which way the world turns.

How did having an extended period “at home” in 2020 feel for you? You must be chomping at the bit to get back on the road? Or are you enjoying spending a good span of time in one place?

I’ve been a songwriter since I was very young. Solitude for the imagination is part of that life. I’m very used to spending long periods of time alone working on music, so it actually wasn’t much different than my life off the road. Of course, at this point, we all are feeling pretty desperate to be playing music to an audience again. It’s painful to even think about. With any luck the world rights itself sooner than later.

The album title is of course a reference to the death of Kato Khandwala who was a huge part of the formation of the band and went on to produce your first three records. I know you also worked with him on several other records for other artists. How did it feel going to record the record with someone else at the desk?

Kato and I were musical partners for over 15 years. We did everything together. So when we lost him, I was really looking for someone who I could have that sort of relationship with again. We’re very fortunate that in my life there was one more person I knew who could fill the shoes we needed to see our vision through. Jonathan Wyman (producer) is a secret weapon of sorts, someone who left the rat race and just wanted to make music for the love of it. There was a learning curve on both sides but at the end I think we came out stronger than ever. It was like making a first record again.

The album also features an appearance by Kim and Matt of Soundgarden, TPR having been with them on their last tour when Chris Cornell tragically passed away. Does having them on a record feel like a good way to work through what happened together?

Any way you look at it music is a healing entity. It wasn’t specific like that, but having people like that of such talent and personality playing on your record is truly an honor. They have always been Me, Kato and Taylor’s favorite musicians, so it was just a great experience.

So guitar stuff – tell me about the gear you used on the new record (guitars/amps/pedals)?

We had quite an array of everything at our fingertips. Every song has its own life so we used many different amps and guitars. For amps, probably starting with the most prominent, Wizard MC2’s, Carr slant 6v, a plexi, JMP, 800, Vox AC30, a Naylor, an old supro. For Guitars I used everything, 335’s, Jon’s Les Paul standard from around 2013, a Hahn custom Telecaster that’s on a lot of things. I’m not much of a pedal guy besides a wah mostly, maybe a tube screamer here or there. We really run guitar into an amp and turn it up.

You’re known for Wizard amps and your ES335s – very much an organic setup – but I’m curious what your thoughts are on the new breed of digital amps like the Kemper and the AxeFX?

We used the AXefx a bit on Going to Hell, a tech once tried to model my Wizard, if you tweak them enough they feel ok. But there’s a relationship with tubes that I think once you develop the real thing just has no equal. It’s kind of like building a house, you need real materials, not just a foundation with digital walls. I understand why people are attracted to them though, they make playing easier and obviously have many options in a world that is more and more moving to synthetic sounds. It’s all personal preference at the end of the day.

Speaking of ES-335s, I believe you have something of a collection of them. I know it’s a bit of a “picking between children” kinda question, but which one is your favourite?

They are just beautiful guitars. The one I play the most is my simple Memphis 2011 black one, so no matter how nice the others are I’d have to say it’s that one. Next in line would be my 64’ reissue and an actual 68’ which I don’t take on the road cause of it’s age.

Is there any specific piece of gear that you picked up that you weren’t expecting much from but were blown away by?

Really the Carr slant 6v is just a secret weapon of an amplifier. I think, that at the end of the day, it could be one of the best things I’ve ever heard. But if you want to make sure people can’t talk over you, the Wizard has few equals.

And the other side of that, any gear you were looking forward to recently that turned out to be a disappointment?

Interesting question. I think I do my homework and don’t really get disappointed very often. If there’s a piece of wood and a wire, you can get a song out of it.

If someone were to put you on the spot and ask you to play a lick or riff from a TPR song, what would be the first thing that would come to your fingers?

Another interesting question. I’m always writing and playing new songs, so I only play old songs on stage, let me pick up a guitar and find out…
Prisoner, I just played Prisoner

Finally, I’m sure Taylor and yourself continued to write music through 2020 – are there fully formed TPR songs already completed as far as the writing phase? Any near term plans for another record, or even an EP?

We’ve been waiting a year for this one to come out, and it means so much to us I think we’ll let this sink into the ether before considering a new record. But you never know, we could start recording tomorrow 🤘

Can I Play Bass Through A Guitar Amp?

Most people will tell you playing a bass through a guitar amp is going to blow the speaker – but that’s not always the case. We go through some of the things to think about if you’re in a pinch with only a guitar amp.