Skip to content
You are here: Killer Guitar Rigs > Buyers Guides > Why do people prefer Epiphone vs Gibson? 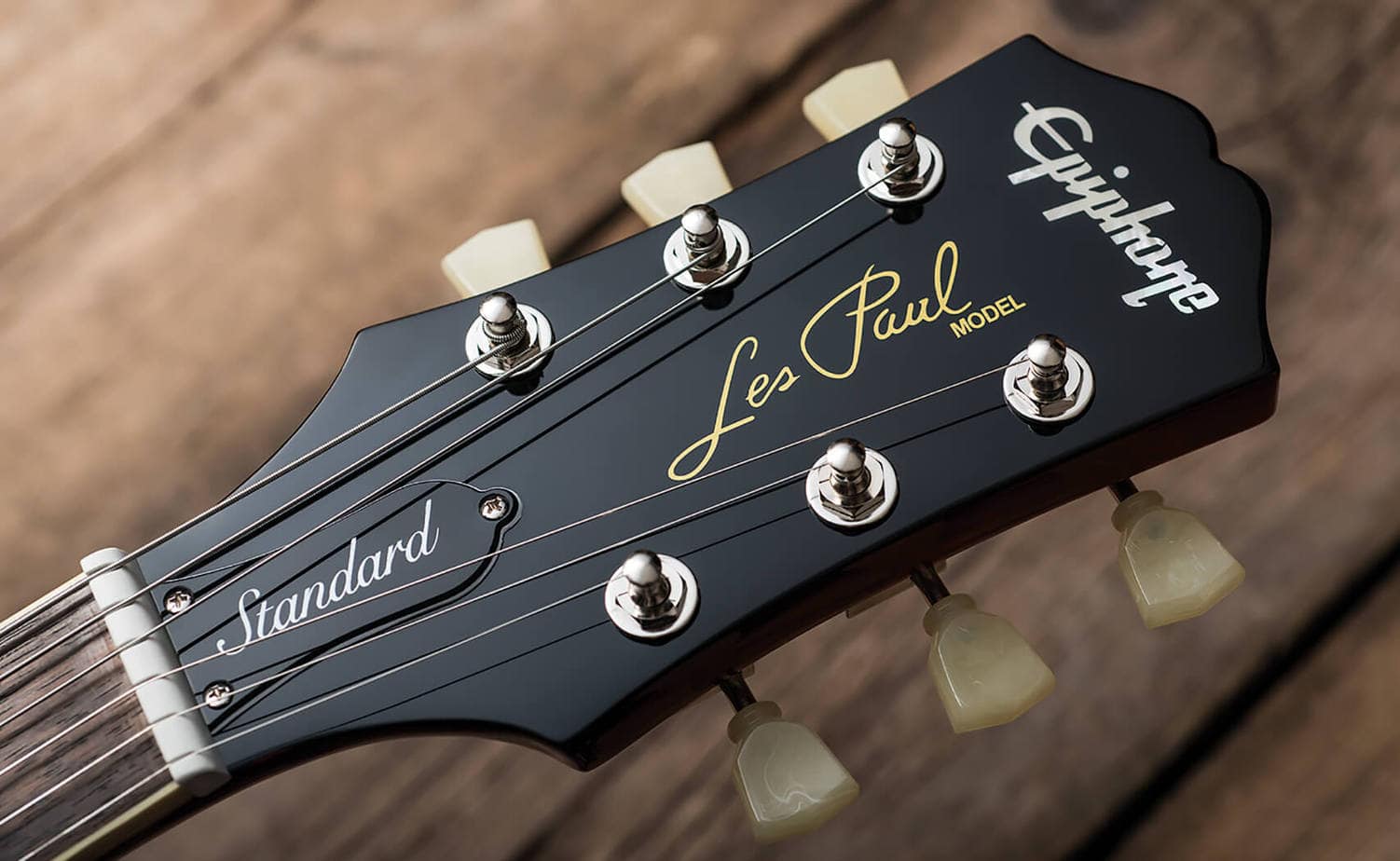 In the unending battle of Epiphone Vs Gibson, Epiphone is often seen as the “baby brother” brand to Gibson, and some even think of them as a beginner guitar, with an upgrade to a “real Gibson” being the inevitable path.

But there are a large number of people who, given the choice, will opt for an Epiphone.

We spoke to over 100 Epiphone fans and asked them “why do you pick Epiphone Vs Gibson? What is it that brings you back to Epis?”

Surprisingly, the answers almost all slotted into three buckets:

Ok, so everyone saw that coming. The reality is that not everyone has $1k and up to drop on a Gibson, and when it comes to it, the battle of Epiphone Vs Gibson is often one of price.

Epiphone Vs Gibson – The Numbers

As for a Gibson Les Paul Custom – you’re going to start at $4700, and then head north as you get into the VOS models and up.

But What Do The People Say?

Now the argument can and does get made that Epiphones are made on a line in China, and don’t have the US craftmanship, don’t have the upgraded pickups, tuners, or electronics – but for a lot of people, the difference is marginal.

Value for the money is way better. Gibson is just a name I’m not willing to pay for.

The reality is that a good guitar is a good guitar. You may have to spend a little time in your local GC to get a really good Epiphone, but no question there are Epi Standards and Customs out there that will give a Tribute or a Studio a run for it’s money.

I have picked Epi’s primarily because of cost. And I’ve been selective on those that are highly playable. That patience has paid off with several really nice, giggable guitars.

Many found that when they went to purchase their guitar – they just didn’t feel the extra value in the Gibsons.

When I bought my Epi Classic, I played every LP in the store. My classic played better than all the Gibsons. I couldn’t justify a $1500 difference in the price.

Other fans echoed this sentiment:

And at the end of the day, you can upgrade the “cheaper” parts for less than the price of an entry level Gibson.

I buy Epiphones because they’re a good quality guitar with good bones and I can pay $500 for an Epiphone and put $300 to $500 into it with upgrades and the pickups and electronics I want, and have a guitar that is every bit as good as a $2500/$3500 Gibson. I own several 70’s Gibson Les Pauls that are worth anywhere between $10,000 to $15,000 a piece and would not even think about gutting the electronics and putting Metal Pickups in them.

In fact, a lot of people zero’d in on the pickups as the main bone of contention.

A simple upgrade to the pickups make a whole lotta difference, which puts it at a nice price point

And at the end of the day, if you know what you want, an Epiphone is a good upgrade platform.

I mostly buy Gibson’s unless I run across a Epiphone for a ridiculously cheap price, then I buy it and totally gut everything, put new pickups, cts pots and orange drop caps, switchcraft switch and jack, Grover tuners, Gibson Bridge and Tail Piece.

This was actually more like a tie – alongside price, the biggest reason for owning an Epi was people didn’t want to bash up a $2500 guitar at a bar or a friend’s house.

In fact many people told us they own several Gibson guitars – they just don’t want to take them out of the house.

Most of mine are Gibsons. I bought my first Epi to have a guitar I could take out to play without worrying about it getting stolen.

Naturally people were concerned not only with having a guitar stolen, but getting treated rough at a gig.

I have both and prefer the Gibsons. However the Epis are great for situations where i know its going to be beat up, i use them to take to friends and really just beaters and “oh well” guitars.

And sometimes they’re more worried about drunkenly causing damage themselves.

The price and the fact I can have a couple of beers and play my LP custom without being scared of damaging it.

I can buy one Gibson or a bunch of Epiphones

A lot of people decided they want variety over perfection – and who can blame them?

In fact, given the price for Epiphones on the used market, you can get quite a few for the price of a Standard or a Custom.

I’d rather have ten Epiphones in different flavors than one Gibson, but I’d rather have one Gibson than one Epiphone. I like having a variety, and since I haven’t won the lottery yet, I’ll stick to Epi’s. A lot of guitar for the money

And at the end of the day, you really want to have the right guitar for the song, regardless of what’s on the headstock.

As a performer and recording artist I like to have & use a variety of guitars in my work , one guitar might suit a certain song but not another.

So what do you play? Where do you fall on Epiphone Vs Gibson? Let us know in the comments which one floats your boat and why.